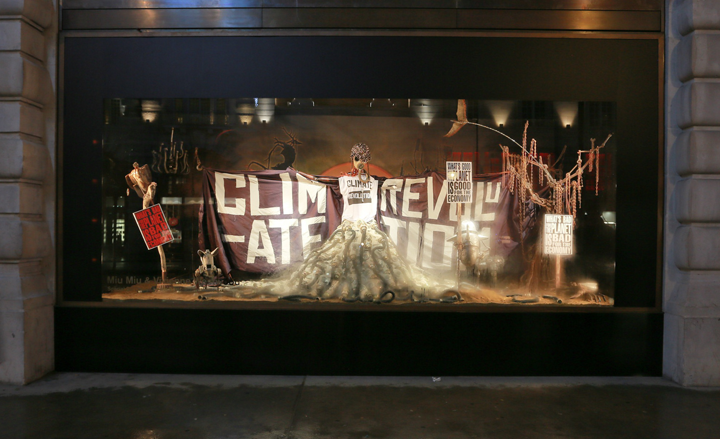 Vivienne Westwood window display “Climate Revolution” is to inspire people to join Westwood’s Climate Revolution. The creatures in the window were created by artist Joe Rush especially for the exhibit, and were made from recycled metal and found objects.

The hats of the Stephen Jones Millinery window display are created from the resort 2013 collection.