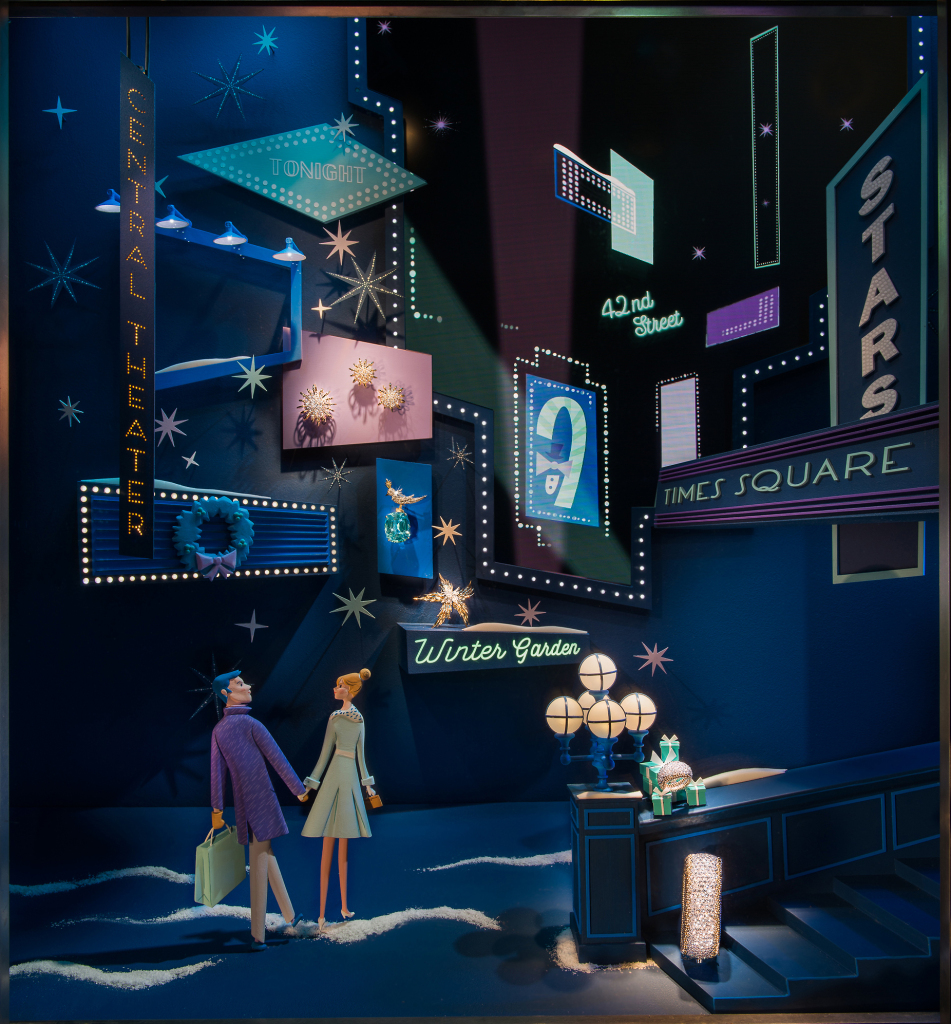 Tiffany opened the season of gift giving with the unveiling of its famous windows depicting an exuberant celebration of New York City. 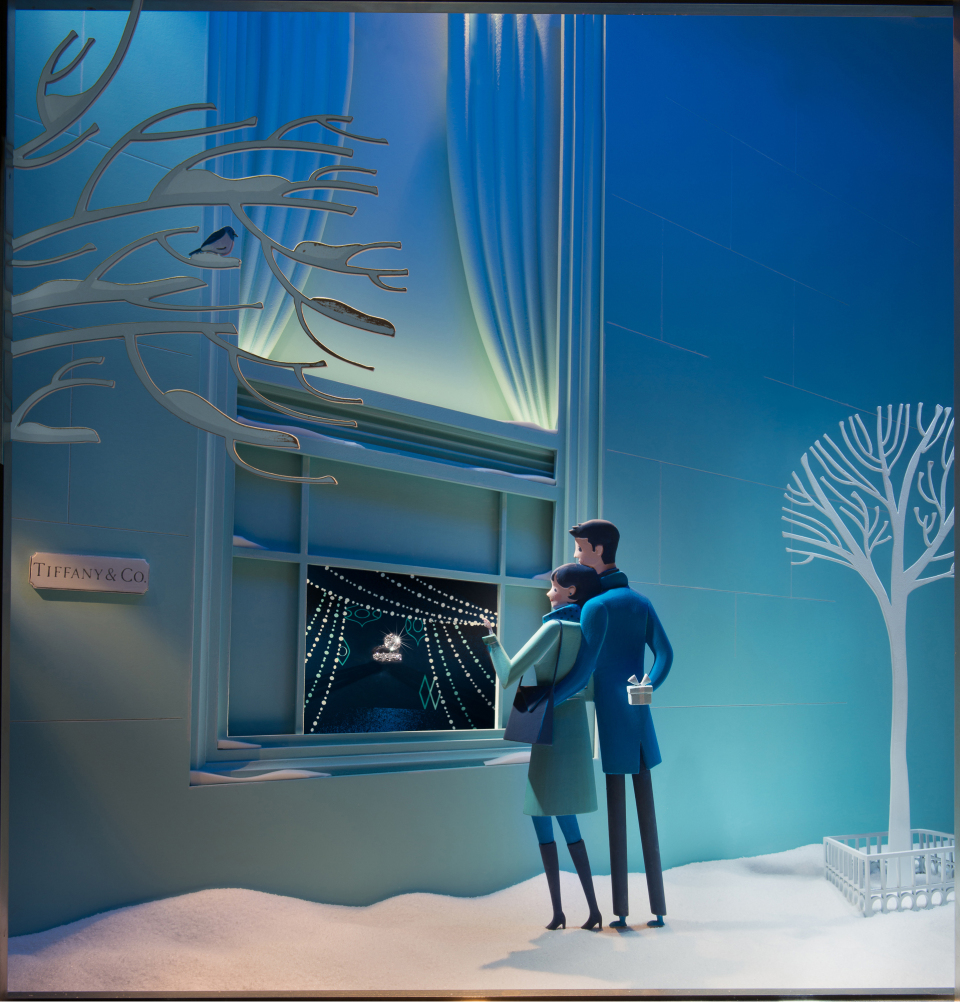 “The 2014 windows focus on the energy and sophistication of New York City in the 1950s and ’60s. Then as now, Tiffany & Co. was the city’s greatest jeweler, at the forefront of fashion and design. We’ve captured the era’s style and enthusiasm in witty illustrations of families and couples rejoicing in a city sparkling in snow and holiday glamour.”
– Richard Moore, Vice President, Creative Visual Merchandising, Tiffany & Co. 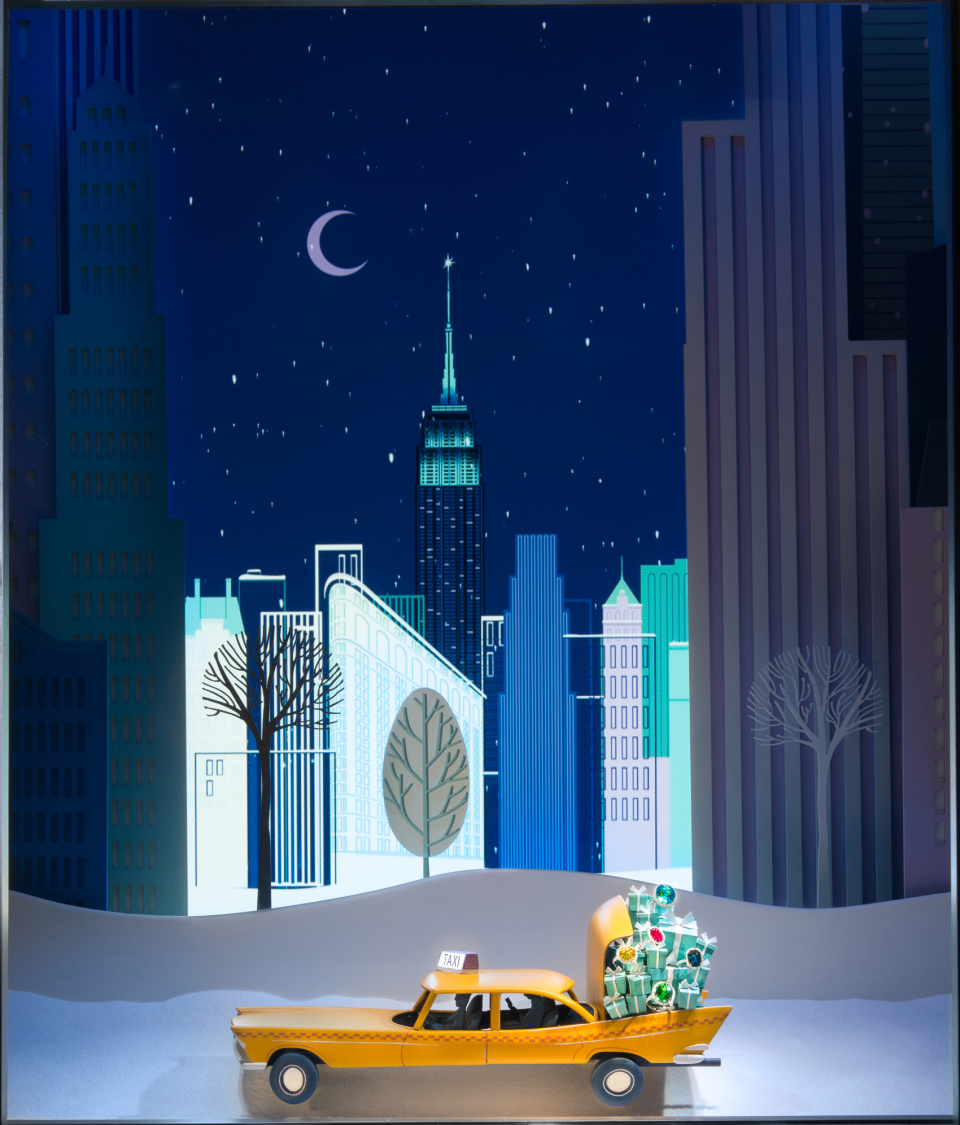 The graphic illustrations are created in a palette of vibrant blues, lavender and pops of color, with Tiffany jewelry and the Tiffany Blue Box artfully incorporated into each scene. 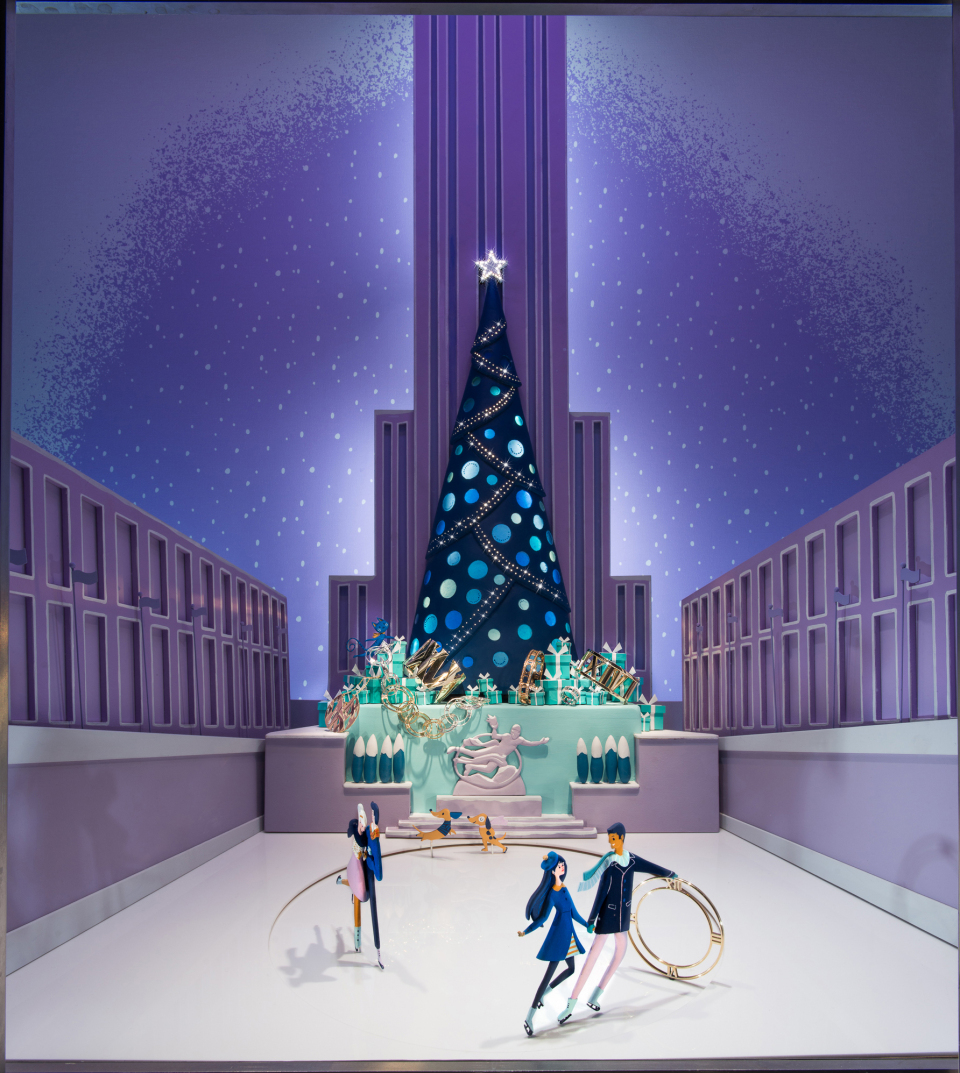 Featured are merrymakers ice-skating at Rockefeller Center, with the famous tree surrounded by Tiffany Blue Boxes and Atlas® jewelry; exploring Times Square with Tiffany Keys sparkling on billboards; romancing in a snowy Central Park adorned with diamonds; gazing at engagement rings and wedding bands in Tiffany’s Fifth Avenue windows; and warming a snowy night in front of a cozy fire, with gleaming Tiffany T bracelets and a view of the Empire State Building. 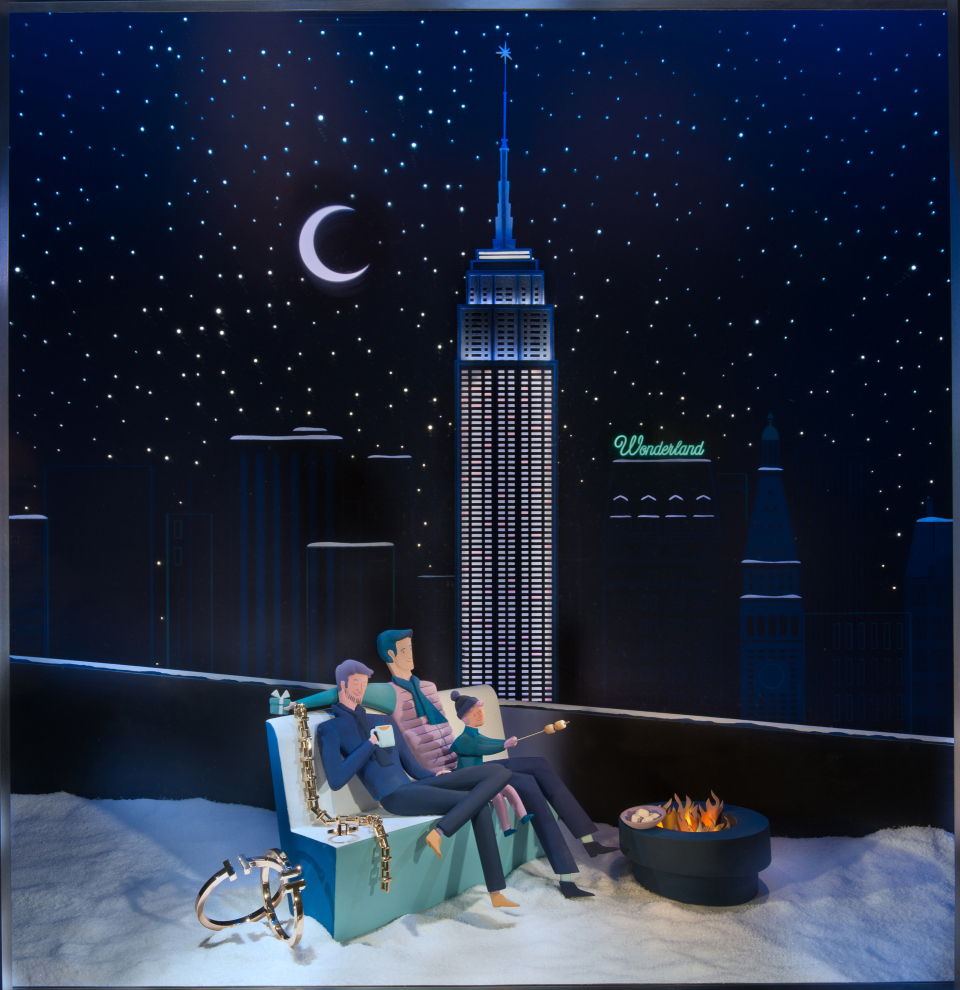 In addition, a dazzling light show overlays the store’s elegant façade. The illuminated spectacle is inspired by the fireworks display created for the Tiffany Diamond at the 1939 New York World’s Fair and marks the 75th anniversary of that historic exhibit. Four reproductions of the fireworks motif were created—two for the building’s Fifth Avenue side and two for the 57th Street side. The reproductions are over 106 feet high. Each features a yellow center stone (five feet in diameter) that replicates the cushion cut, 128.54-carat Tiffany Diamond. 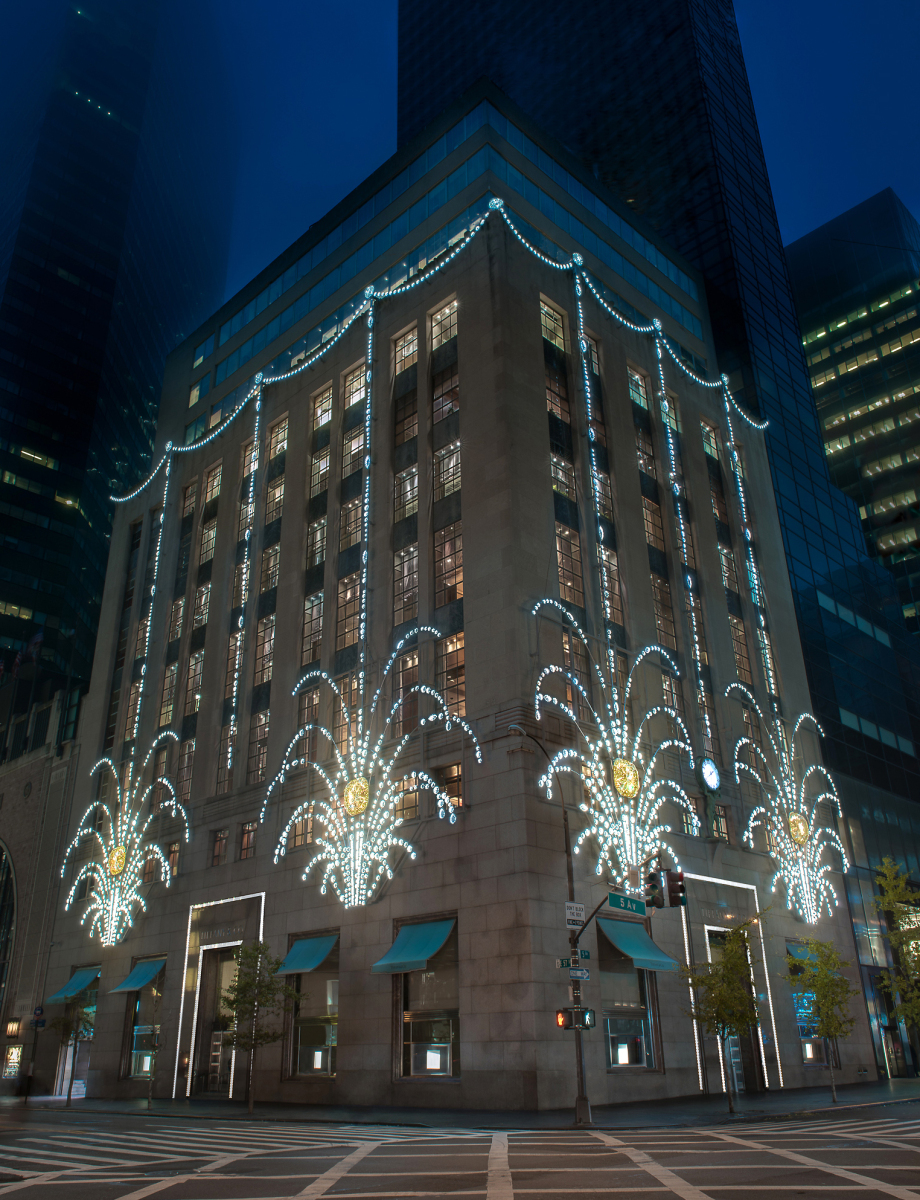 A magnificent light show is triggered every 15 minutes, from 4:00 pm until midnight. The crystals radiate excitement throughout the city, reflecting the beauty and wonder that Tiffany has in store—everywhere. 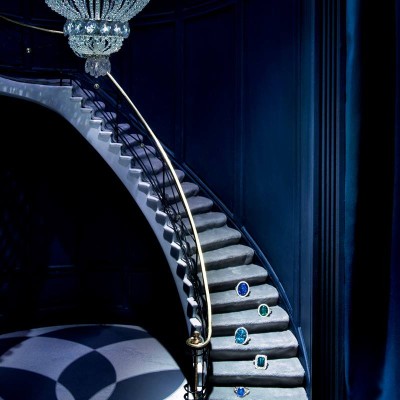 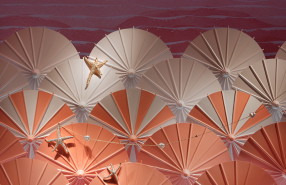 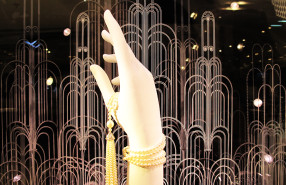