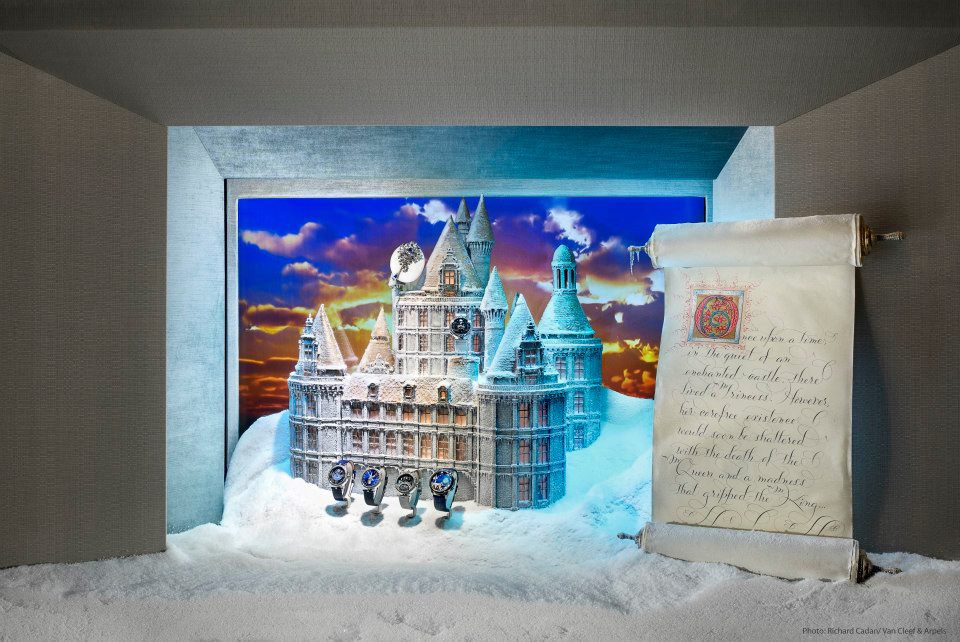 The plot of  Peau d’Âne fairy tale
The King (Jean Marais) promises his dying Queen that after her death he will only marry a woman as beautiful and virtuous as she. Pressed by his advisers to remarry and produce an heir, he comes to the conclusion that the only way to fulfil his promise is to marry his own daughter, the Princess (Catherine Deneuve). Following the advice of her godmother, the Lilac Fairy (Delphine Seyrig), the Princess demands a series of seemingly impossible nuptial gifts, in the hope that her father will be forced to give up his plans of marriage. However, the King succeeds in providing her with dresses the colour of the weather, of the moon and of the sun, and finally with the skin of a magic donkey that excretes jewels, the source of his kingdom’s wealth. Donning the donkey skin, the Princess flees her father’s kingdom to avoid the incestuous marriage.

In the guise of “Donkey Skin”, the Princess finds employment as the pig-keeper in a neighbouring kingdom. The Prince of this kingdom (Jacques Perrin) spies her in her hut in the woods and falls in love with her. Love-struck, he retires to his sickbed, and asks that Donkey Skin be instructed to bake him a cake to restore him to health. In the cake he finds a ring that the Princess has placed there, and is thus sure that his love for her is reciprocated. He declares that he will marry the woman whom the ring fits.

All the women of marriageable age assemble at the Prince’s castle and try the ring on one by one, in order of social status. Last of all is the lowly “Donkey Skin”, who is revealed to be the Princess when the ring fits her finger. At the wedding of the Prince and the Princess, the Lilac Fairy and the King arrive by helicopter and declare that they too are to be married.

Van Cleef & Arpels created a short version of the fairy tale, Click here to see it. 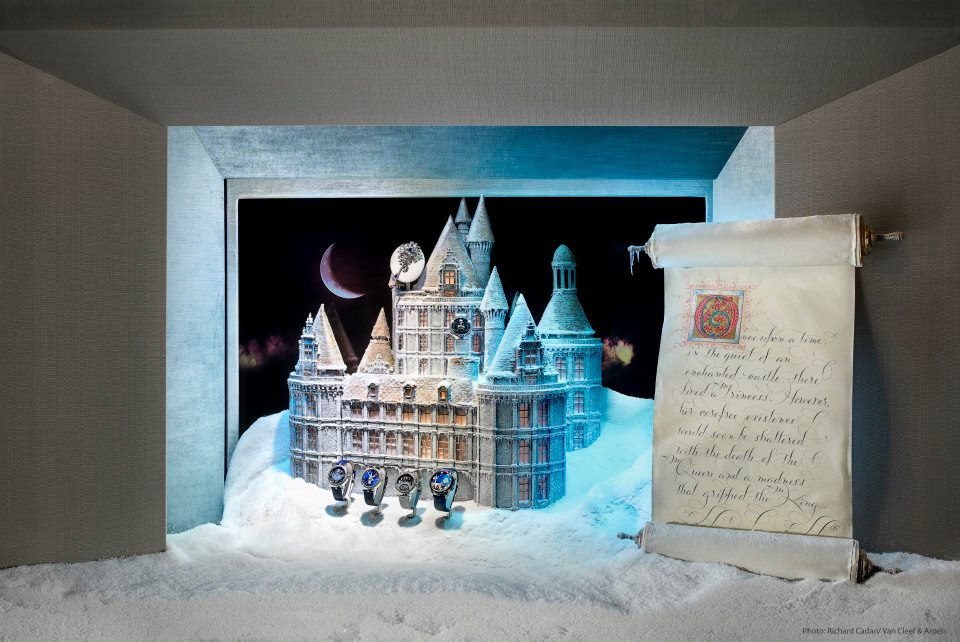 “Once upon a time, in the quiet of an enchanted castle, there lived a Princess…” 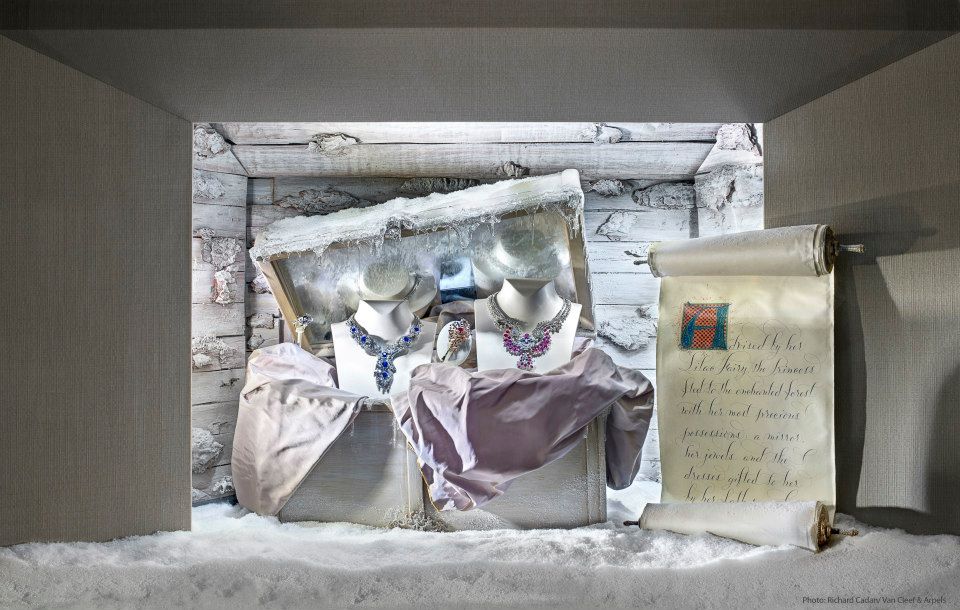 “The princess hid her most precious possessions away inside a chest…” 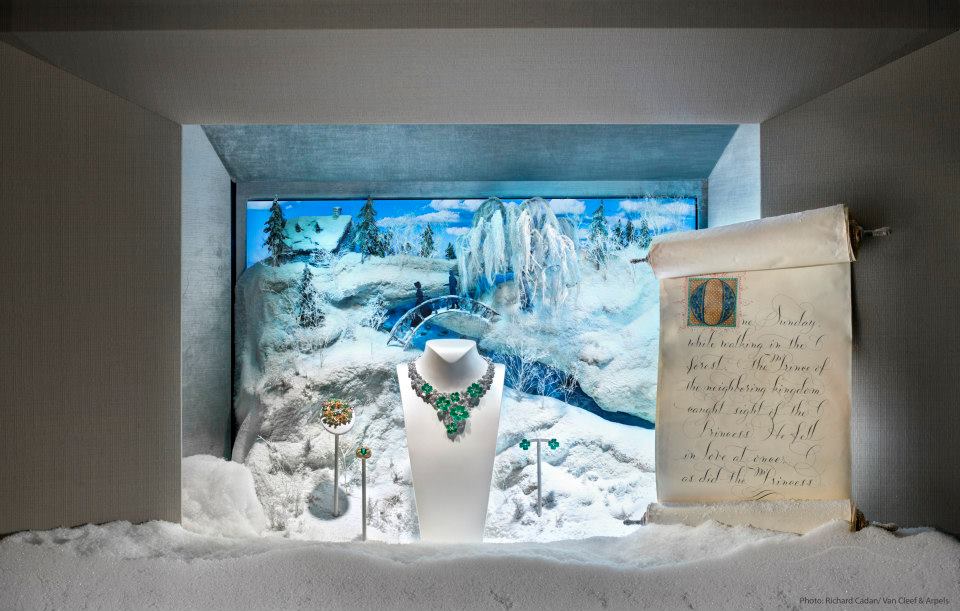 “One Sunday, the prince of the neighboring kingdom caught sight of Peau d’Âne…” 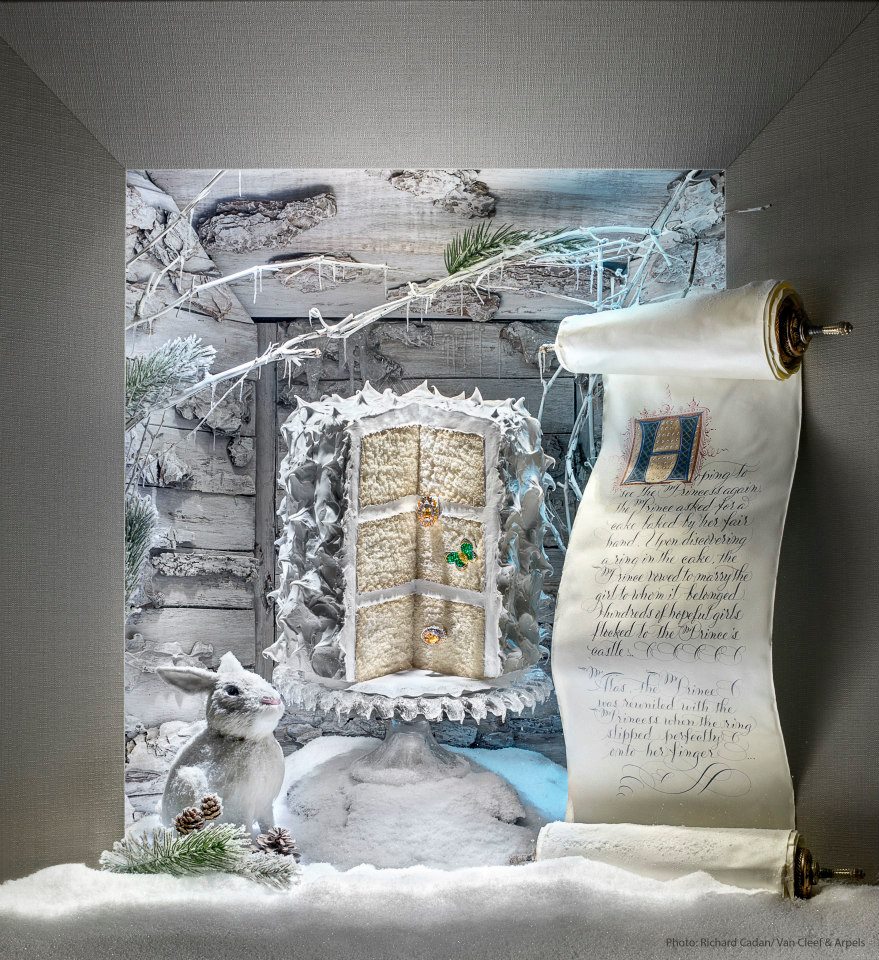 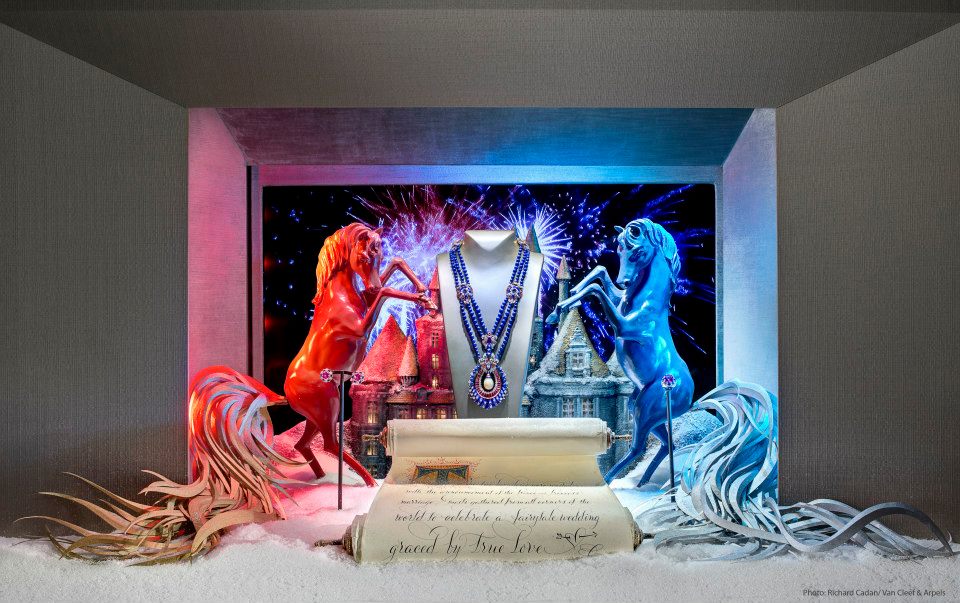 “The wedding day was announced and guests were invited from every corner of the world.” 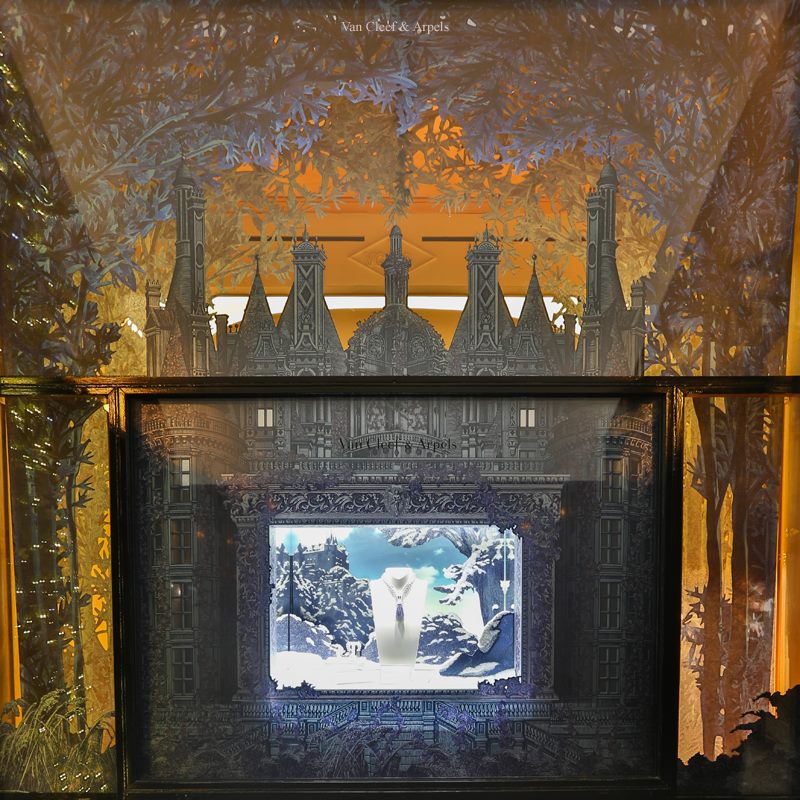 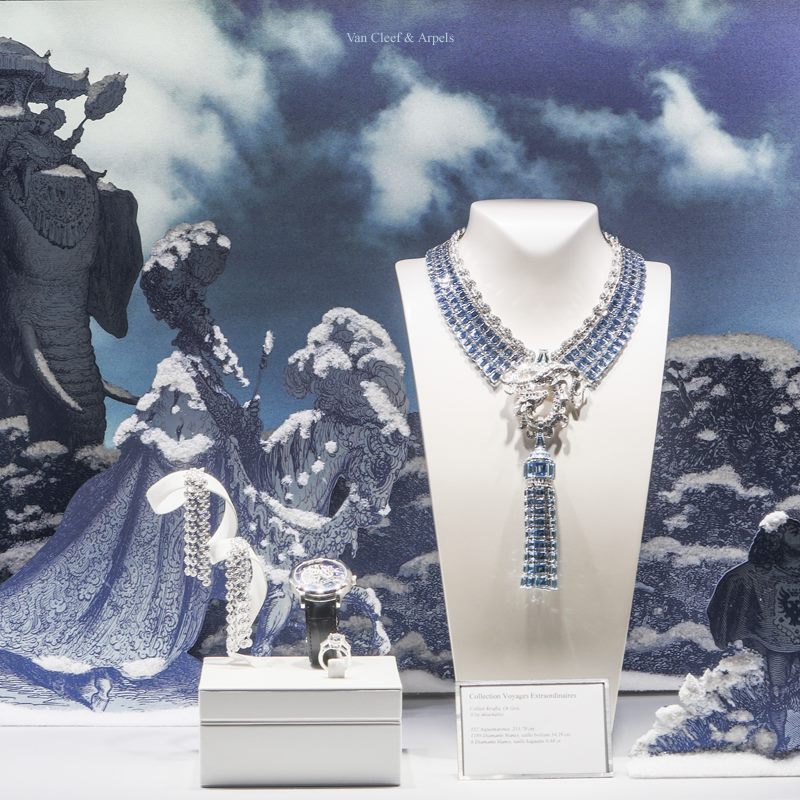 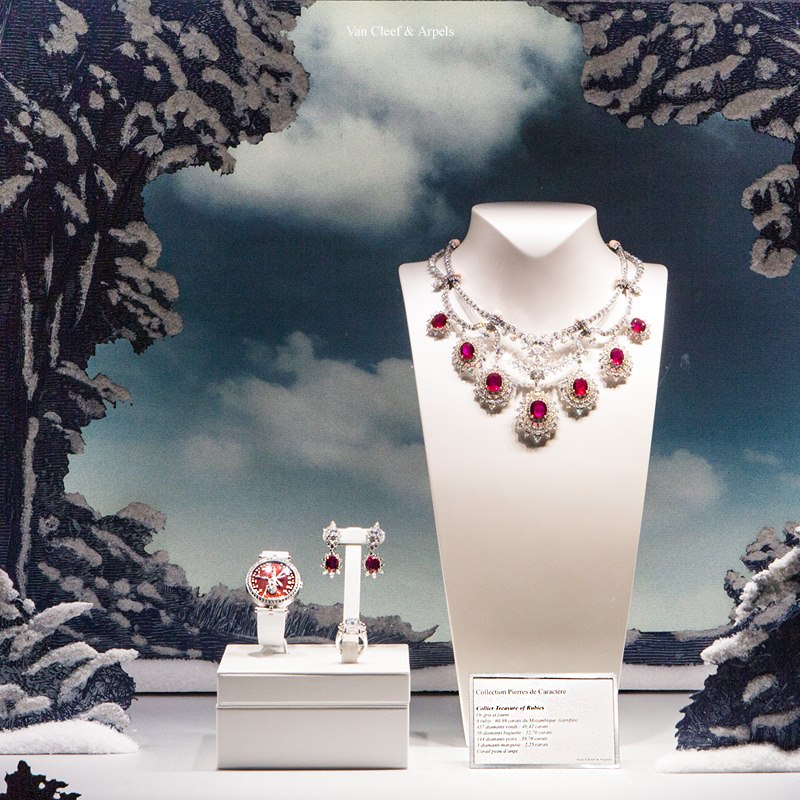 Also take a look at Van Cleef & Arpels ‘Sparkles of Luck’, an interactive website to send messages of luck in the stars: http://www.sparkles-of-luck.vancleefarpels.com/ 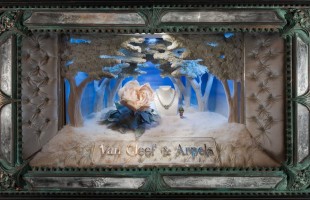