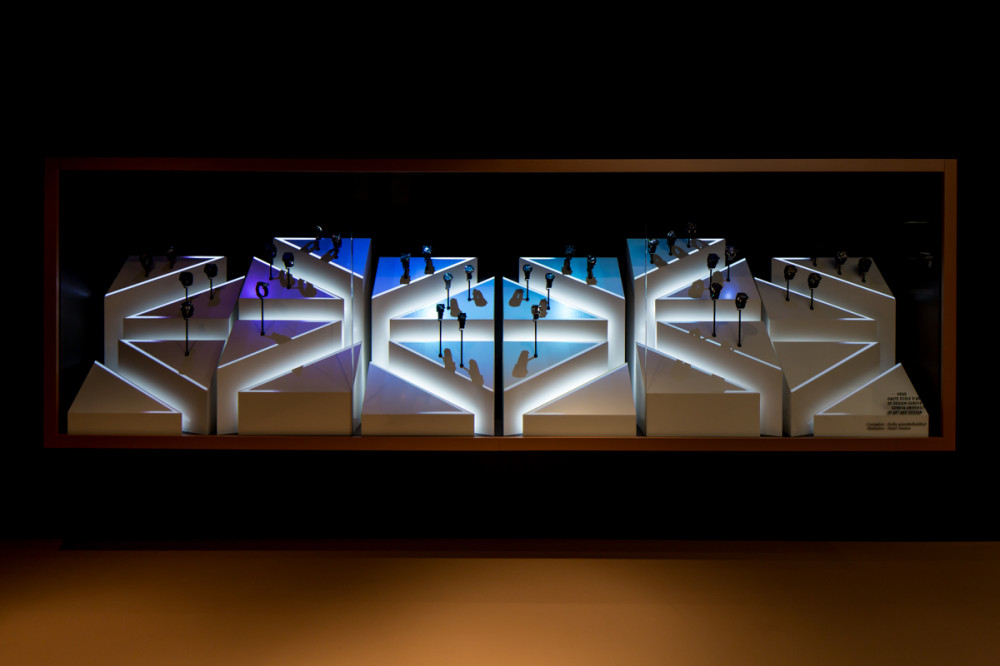 For its new Baselworld booth this year, RJ-Romain Jerome has opted to partner with two young design graduates from HEAD – Genève and sponsored by the AHEAD Foundation to create a display window with a unique, innovative concept.

“From the beginning, we wanted to develop a different, contemporary window with a strong visual impact. After visiting the Mapping Festival in Geneva, the idea of using this new visual art swiftly became a must” says Manuel Emch, CEO of RJ-Romain Jerome. Manuel Emch’s close ties with the HEAD – Genève (Geneva University of Art and Design) gave him an opportunity to become acquainted with the work of preorder&soldout, a studio founded by Mathias Zieba and Alexandre Burdin, two graduates of the school. Specialised in interactive scenography and the production of exhibition areas, they are sponsored by the AHEAD Foundation which enables young HEAD – Genève designers to meet the demands of the professional world and helps them in creating their company. 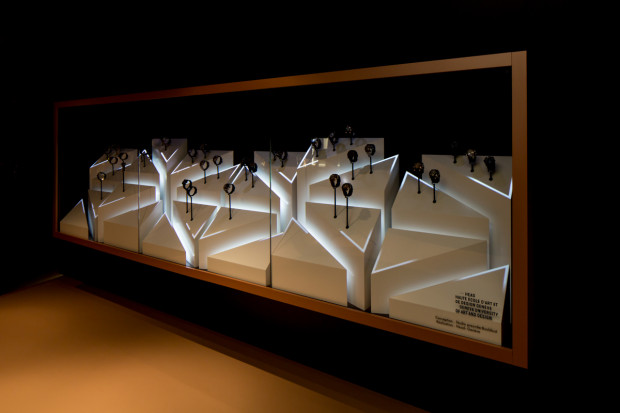 Thanks to two software programs developed by a Geneva-based company, the preorder&soldout designers were able to let their imaginations run riot with their mapping. Mapping involves the projection of light or videos on defined volumes. Animated by VJs (video-jockeys), these optical illusion games can trick perceptions or mislead spectators through the illusionary deconstruction of previously static elements. After designing 24 modules equipped with 1344 LEDs connected by 500 soldering points and 1km of cabling, Mathias Zieba and Alexandre Burdin adapted an algorithm allowing them to program the 224 independent lit up paths randomly in order to project a veritable play of light on the modules. 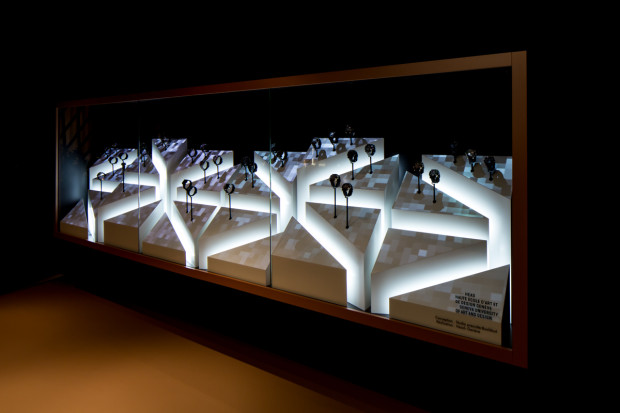 “For the scenography, we took the X-shaped cross-strut “traverses”, RJ-Romain Jerome signature feature, as a fundamental theme, and extruded triangles which act as the base for watches. The challenge was then to recreate the different universes of the brand’s collections just using light” explain the founders of preorder&soldout. The result is the fruit of a complex graphic reflection which enabled Mathias Zieba and Alexander Burdin, helped by three students from HEAD – Genève, to recreate each universe. Through contemporary, abstract animations playing on the intensity, rhythm and different levels of light, they created tri-dimensional textures and effects, all enhanced by fleeting visual delights. 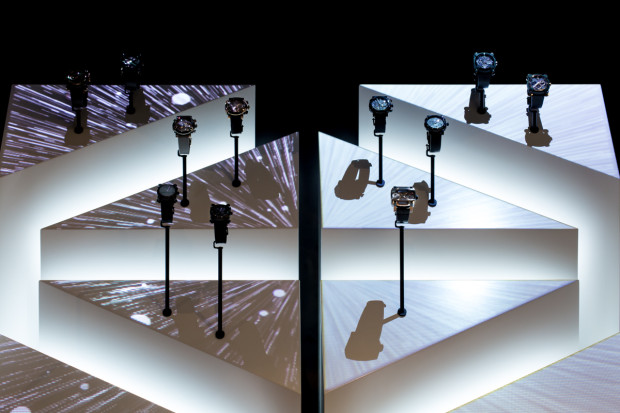 About the AHEAD Foundation and HEAD – Genève
Created in February 2009, the AHEAD Foundation – a recognised public utility – contributed to promoting the HEAD – Genève, (Geneva University of Art and Design), by supporting all activities of the school’s Visual Arts and Design students and graduates (prizes, creative support, publications, etc). By backing the cultural activities of the HEAD – Genève, the AHEAD Foundation enables young artists and designers in training to meet the demands of the professional world and to increase awareness of their existence in Geneva, Switzerland and Internationally. It offers graduates of the school an opportunity to shine and facilitates their integration in the professional and artistic worlds. By developing this type of activity, the AHEAD Foundation contributes to strengthening ties between the school and the city and to promote Geneva as an international centre for art and contemporary design. 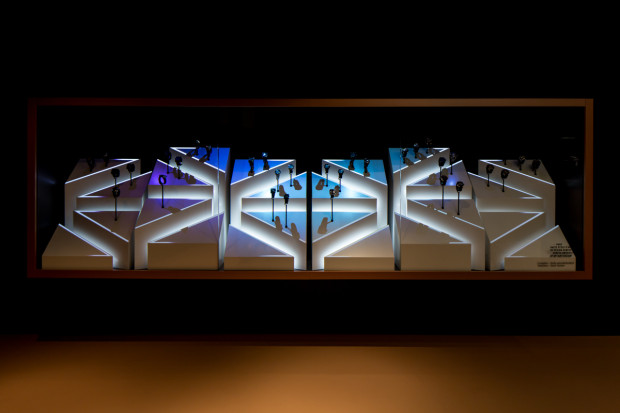 About RJ-Romain Jerome
Air, earth, sea: RJ-Romain Jerome offers the raw energy of imagination to those who are capable of nurturing their most secret dreams. Born at the dawn of the 3rd millennium, RJ-Romain Jerome creates the watches of the new horological era. The magic of the moon, the power of lava, and underwater mysteries are the poetic driving forces behind this creative explosion.

Whether through recovering steel from the Titanic or from the Apollo 11 space shuttle, mingling silver with moon dust or sculpting volcano lava, RJ-Romain Jerome asserts its iconoclastic spirit and electrifies tradition by celebrating contemporary legends. Its approach is characterised by a blend of raw character and elaborate refinement, drawing as much on the roar of an erupting volcano as on the writings of H.G. Wells. 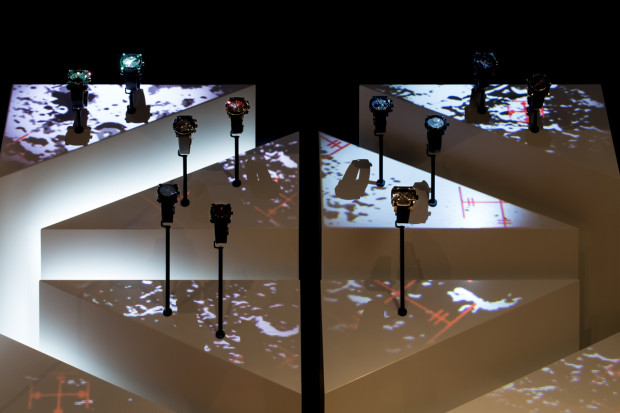 A taste for adventure, an all-conquering spirit and visionary avant-gardism merge with the realm of the imagination in the “Titanic-DNA”, “Moon Dust-DNA” and “Eyjafjallajökull-DNA” collections. These three worlds exalt contemporary horizons through a resolutely masculine and contemporary touch. From the ocean depths to the immensity of space, from incandescent lava to age-old minerals, the RJ-Romain Jerome collections are far more than just astonishing watches: they define a new era in watchmaking. 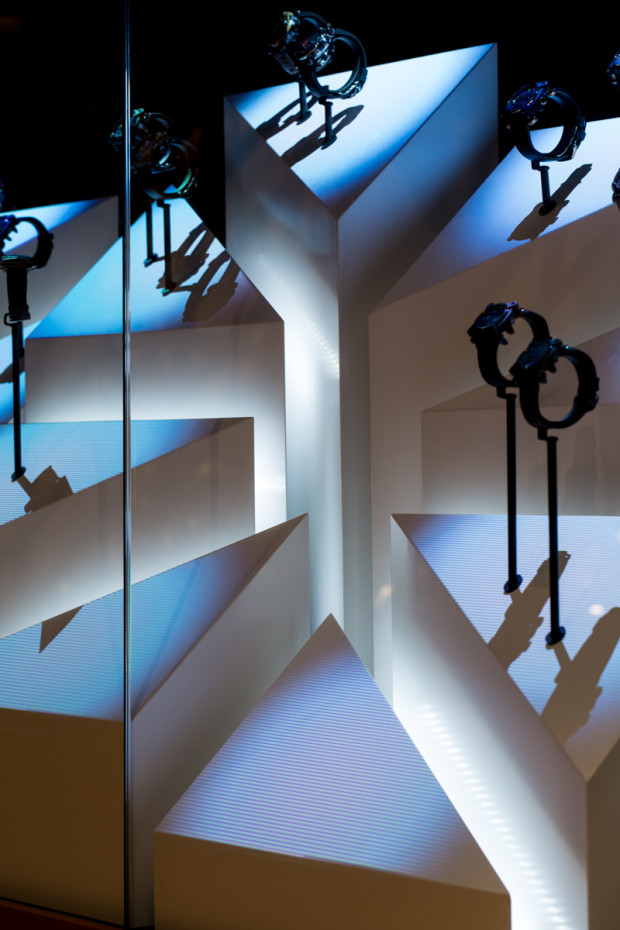 Offering every man a chance to explore a dreamlike new dimension, they also embody the values of their times: a sense of distinctiveness, a need for speed, and a spectacular yet discreetly sophisticated aura of virility. 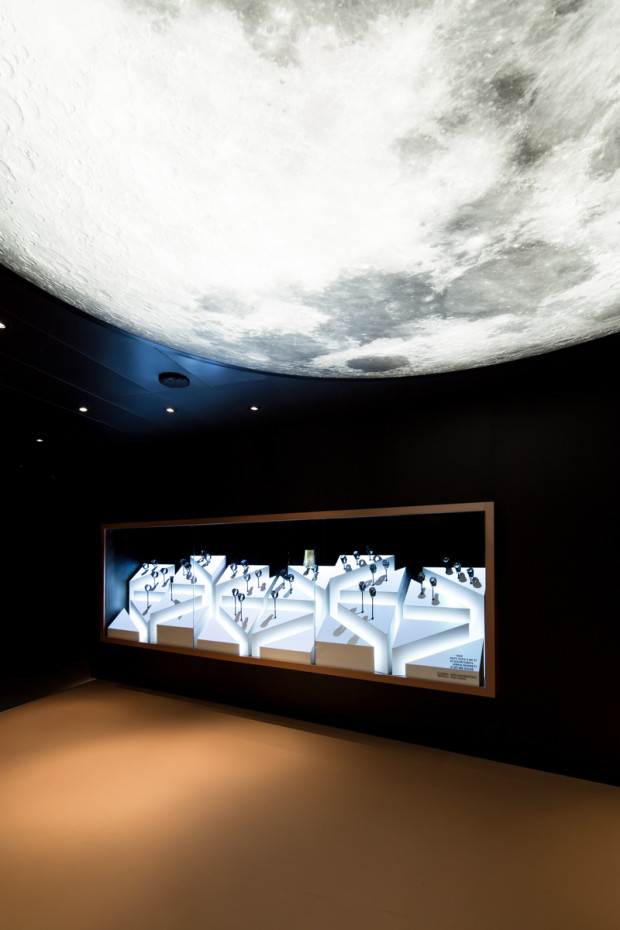 Air, earth and sea: it is now up to everyone to find his own universe, and to give substance to his dream and to his own vision of Time. 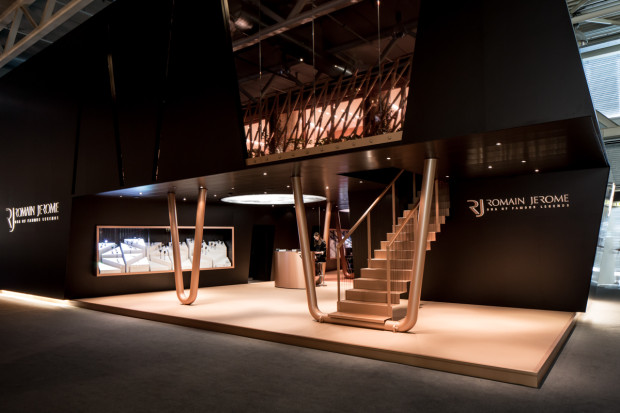