In a bid to fight back against the rise of online and mobile retailing, there is an increasing trend from independent retailers to use creative technology and interactive displays to entice shoppers in-store this Christmas by offering a unique user experience.

Jonathan Trumbull, independent designer menswear store, has this year installed an interactive digital window entitled ‘Face in the Snow’. A huge mounted LED screen with falling snow digitally sweeps across the display, whilst blizzard sound effects are piped through the window to create a magical and immersive effect. 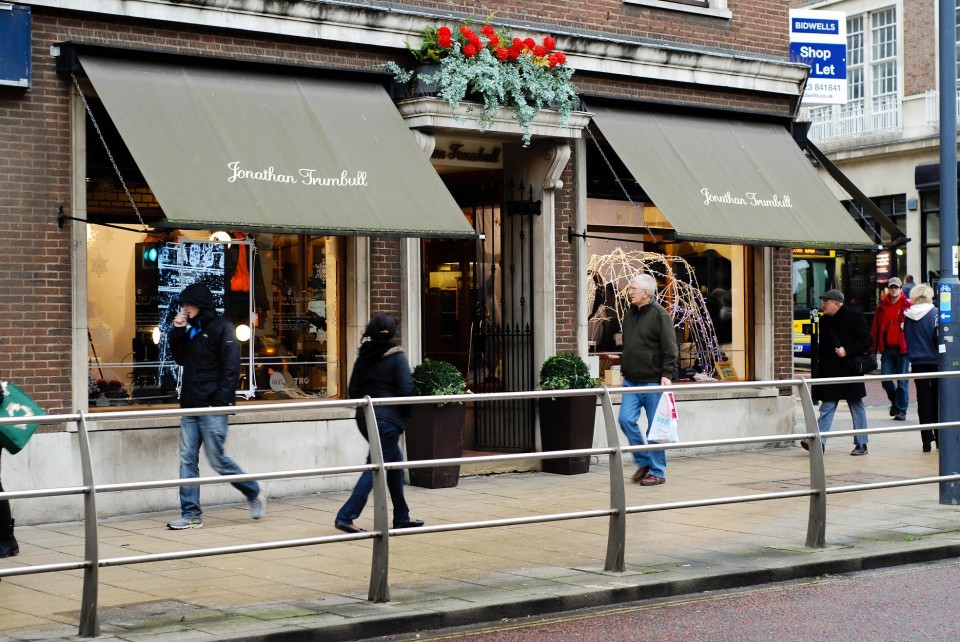 Behind the magic of the window is cutting edge, pioneering technology including facial recognition software, which detects your face and takes your photo before posting it to Facebook. Plus Feonic sound transducers turn the glass shop window into a massive speaker that pipes the blizzard effect soundtrack on to the street.

WATCH THE VIDEO OF THE INTERACTIVE CHRISTMAS WINDOW DISPLAY:

The user experience is simple and great fun – shoppers simply stand outside the window, take their photo which looks as if you are standing in the snow, then text SNOW and your unique code to 66777 or visit www.faceinthesnow.co.uk to see their photo on Facebook where it can be shared.

“We’re under increasing competition from online and mobile to succeed and remain competitive. This activity gives the in-store experience the edge and we’ve seen a marked increase in shoppers this year.”
David Kingsley, Managing Director of Jonathan Trumbull explains.