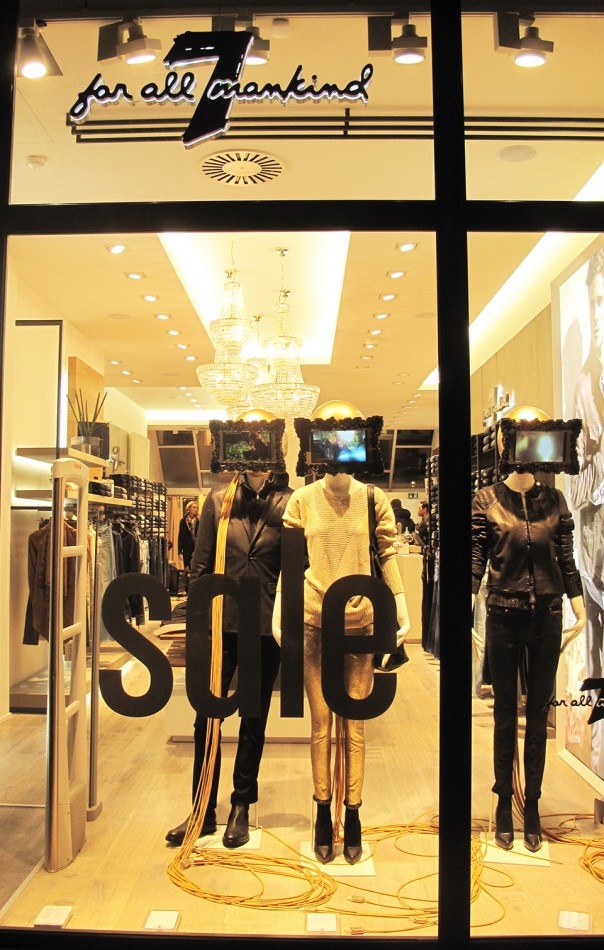 The mannequins in the SALE window display are wearing golden helmets with TV screens that are playing the episodes of James Franco’s Hollywood Resurrection. 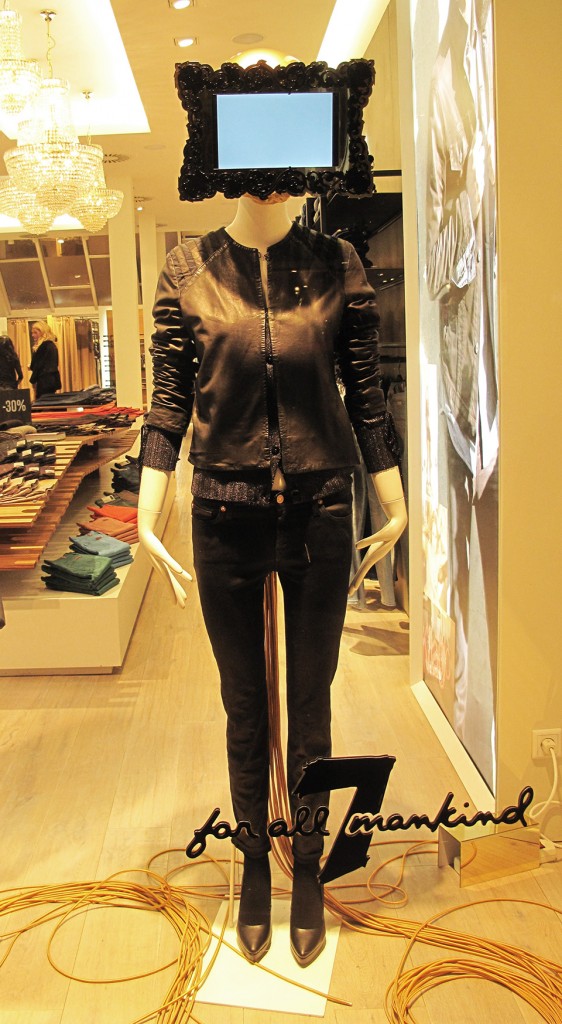 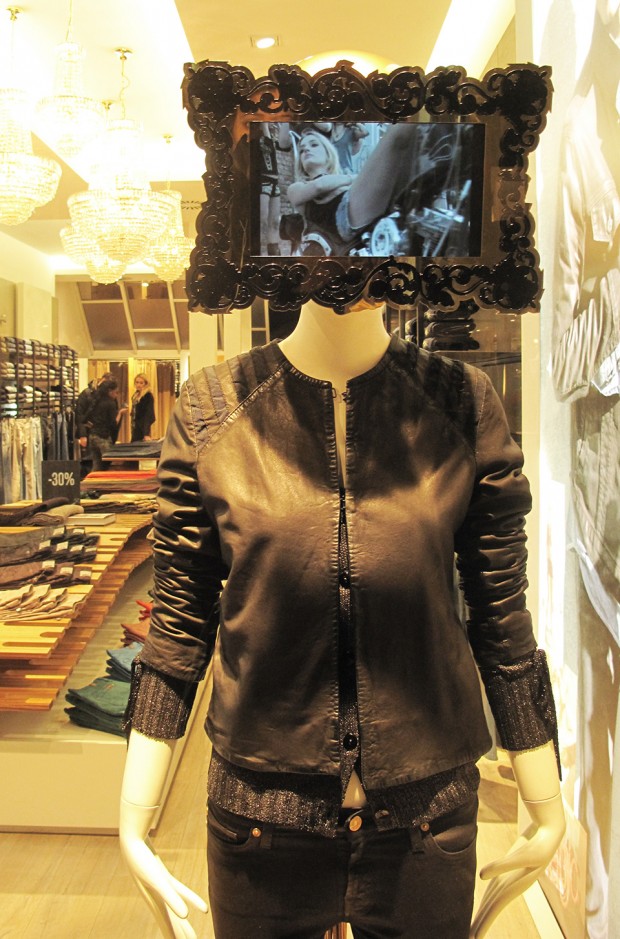 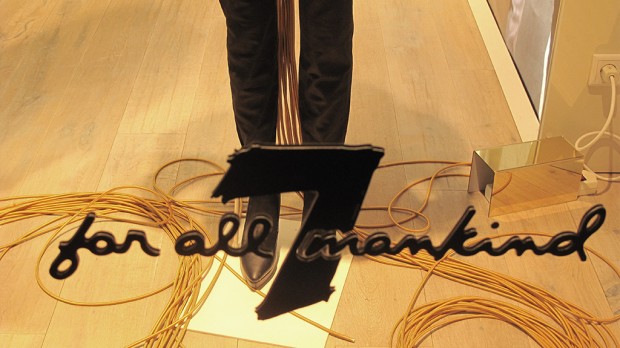 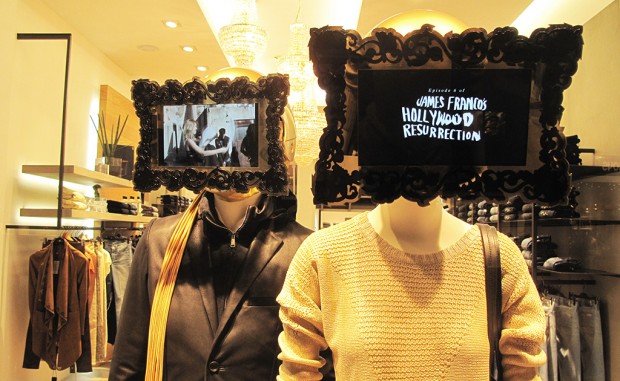 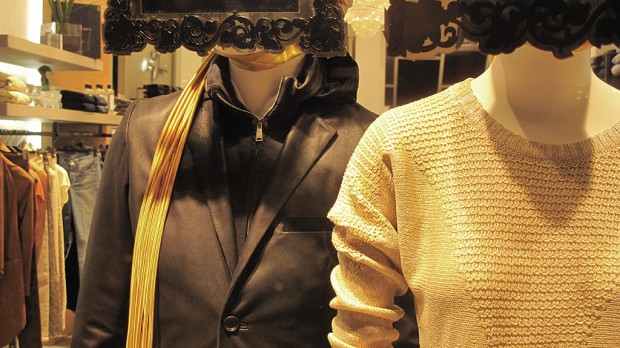 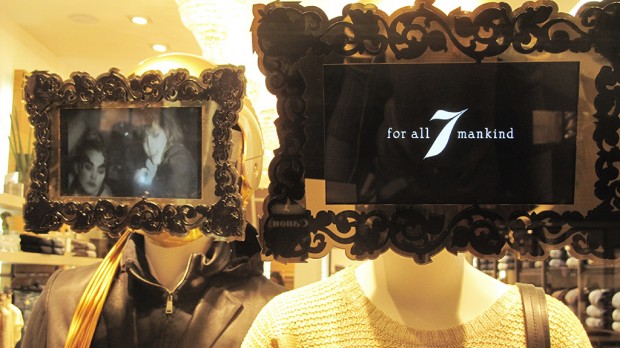 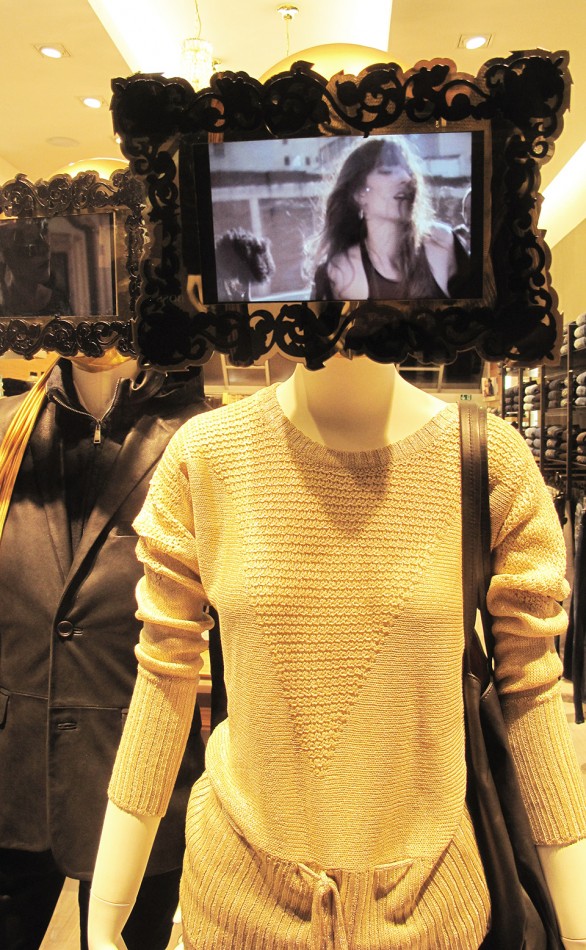 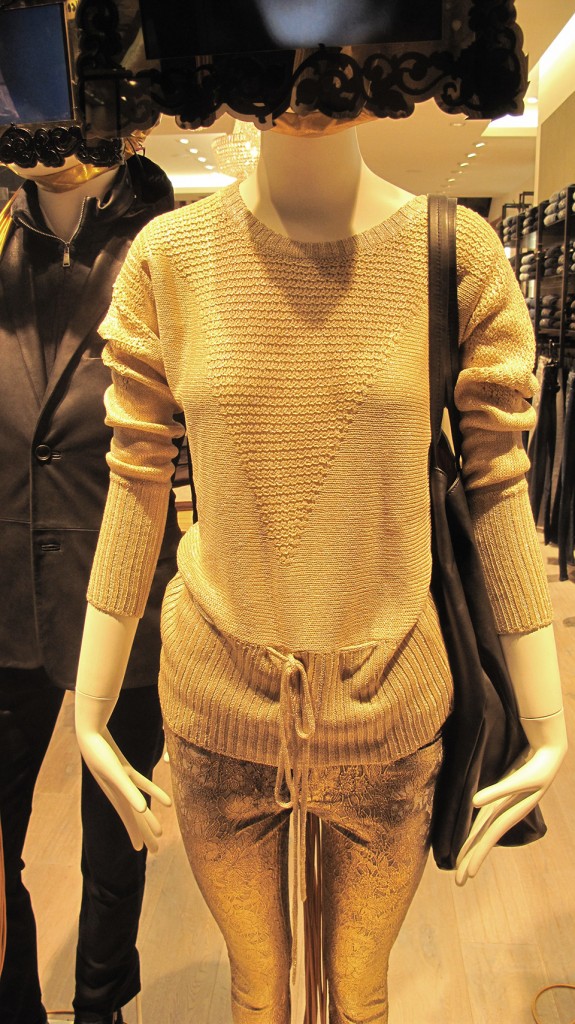 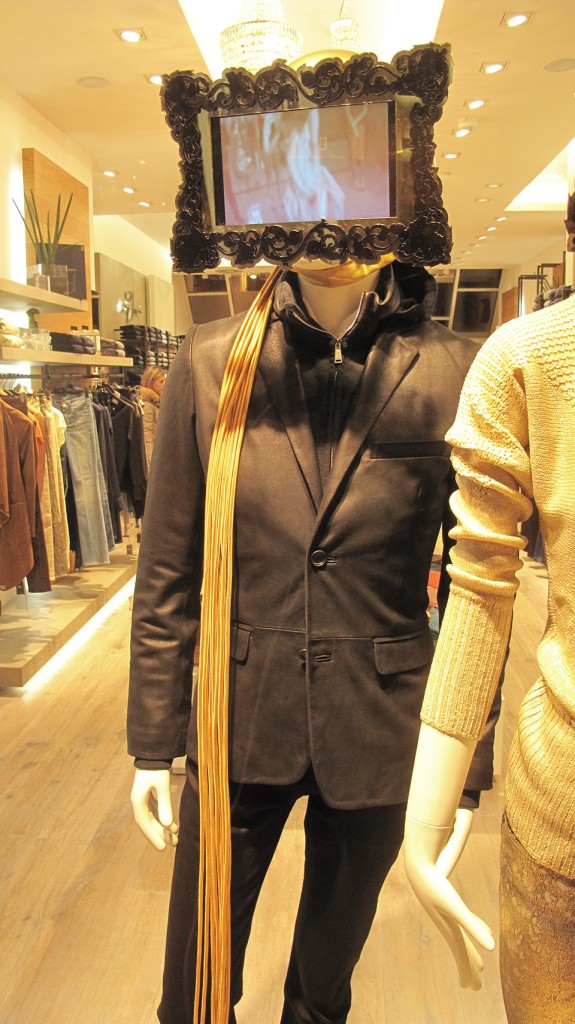 To see all the episodes of the Fall/Winter campaign go to: http://www.youtube.com/user/7ForAllMankindJeans.