Squire and Partners’ RIBA Regent Street Windows design for Brooks Brothers, the oldest American apparel brand, was conceived following a discussion about shared values of heritage, craftsmanship and quality. The concept draws on the iconic Golden Fleece, the historical symbol of wool merchants and the Brooks Brothers trademark since 1850.

Inspired by the Brooks Brothers trademark of the iconic Golden Fleece, Squire and Partners has designed two crafted sculptures comprised of eight hundred handmade sheep suspended on golden threads, as well as a cast bronze sheep, named Madison, who grazes on the pavement and invites an element of playfulness and interaction. 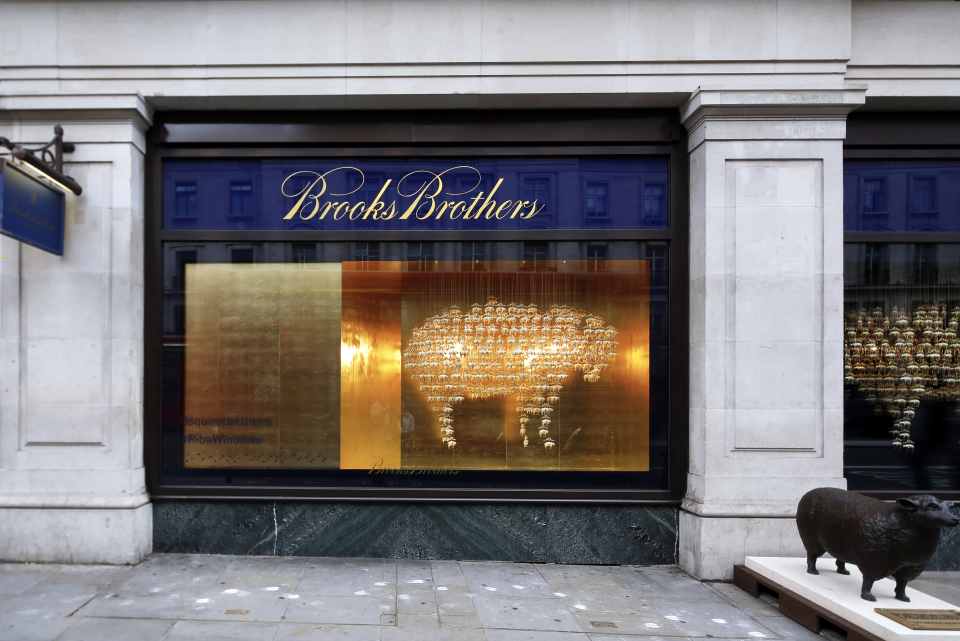 The installation features two crafted sculptures comprised of the over eight hundred handmade sheep suspended on golden threads which combine to make two Golden Fleece, the precise construction of which illustrates the immaculate detailing of a Brooks Brothers product. One sheep ‘chandelier’ is encased in a box lined with hand applied Dutch Gold leaf, the other in Brooks Brothers blue pinstripe. The two sheep mirror each other in separate windows providing a shimmering spectacle for passers-by. 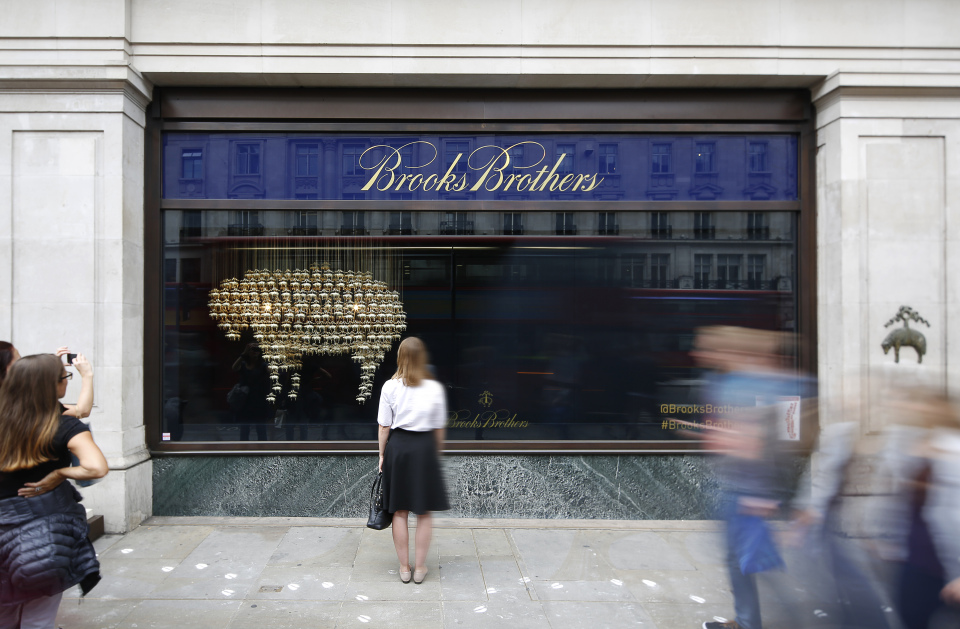 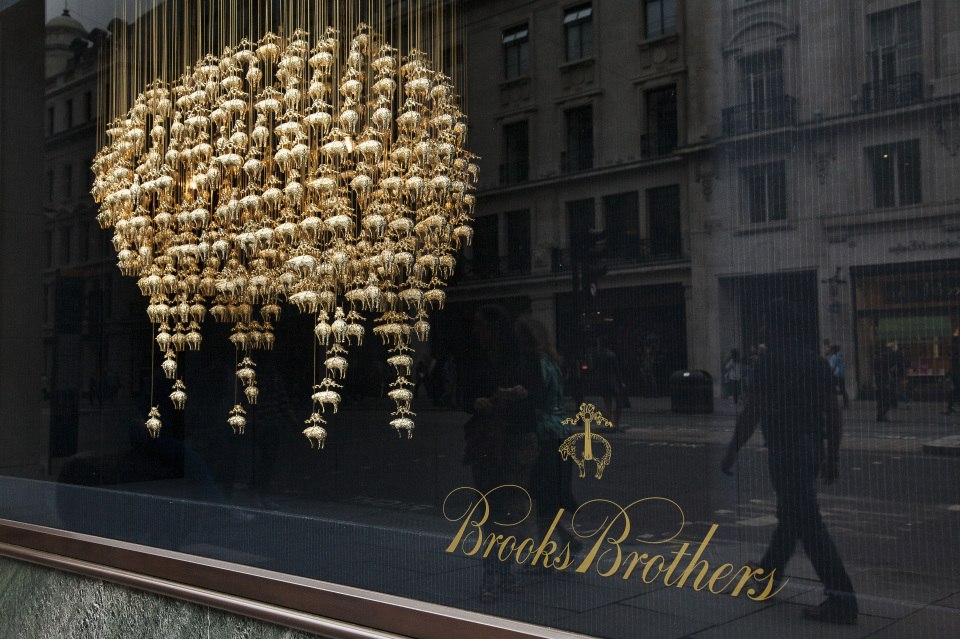 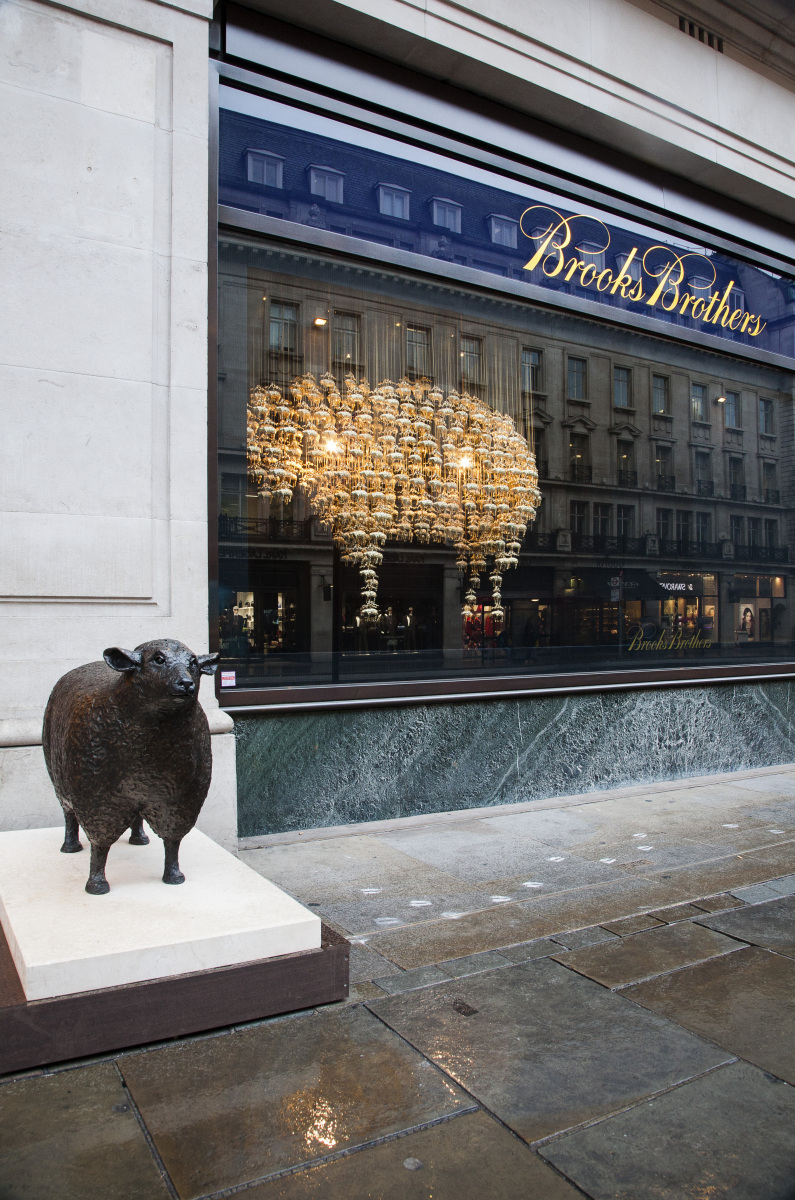 Outside on Regent Street, a trail of chalk hoof prints lead from the two store entrances to ‘Madison’, a life-size cast bronze sheep grazing on the pavement, providing an element of playfulness and interaction. The bespoke bronze sculpture was commissioned for the Regent Street Windows Project and created by British sculptor Jonathan Sanders.The full installation will be on display until 21 September during London Design Festival, London Fashion Week and Vogue Fashion’s Night Out, after which it will be transported to Brooks Brothers stores around the globe starting with Milan. 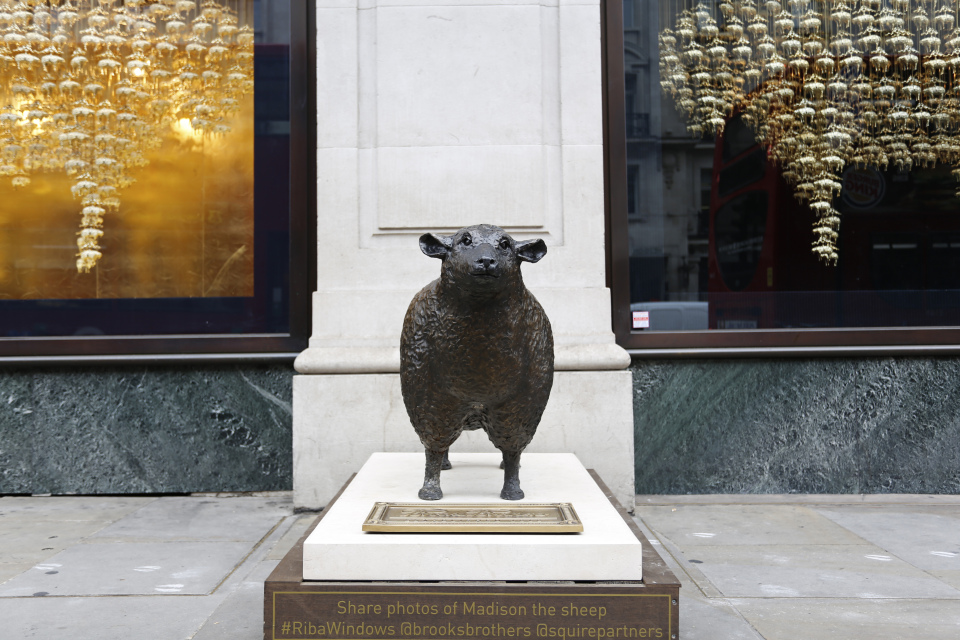 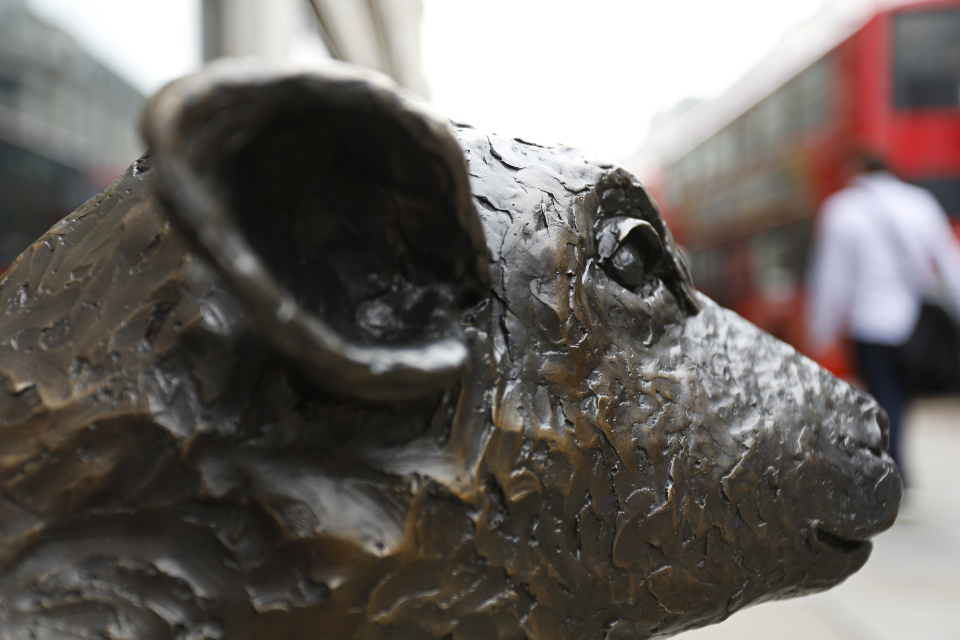 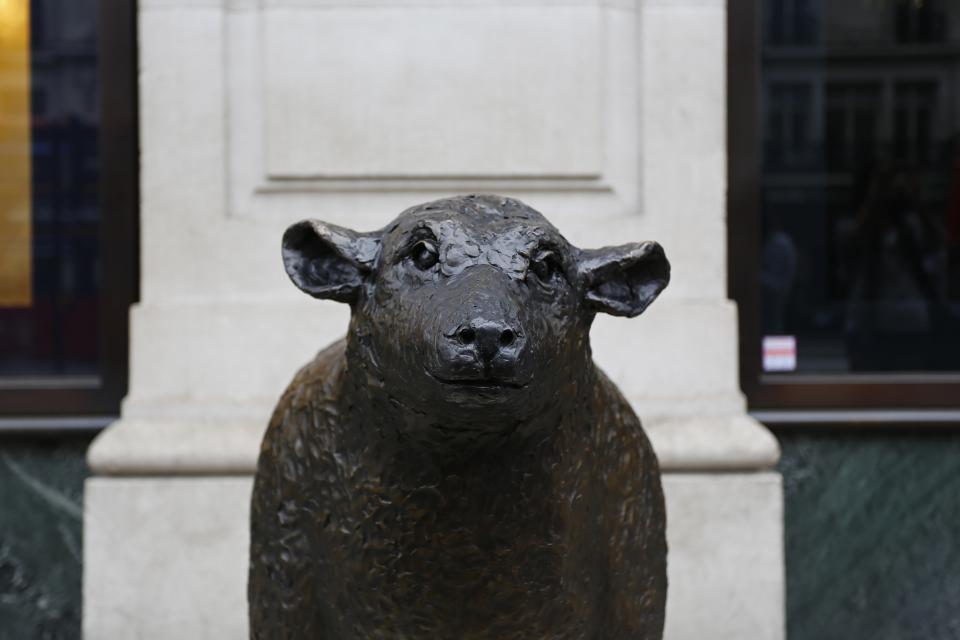 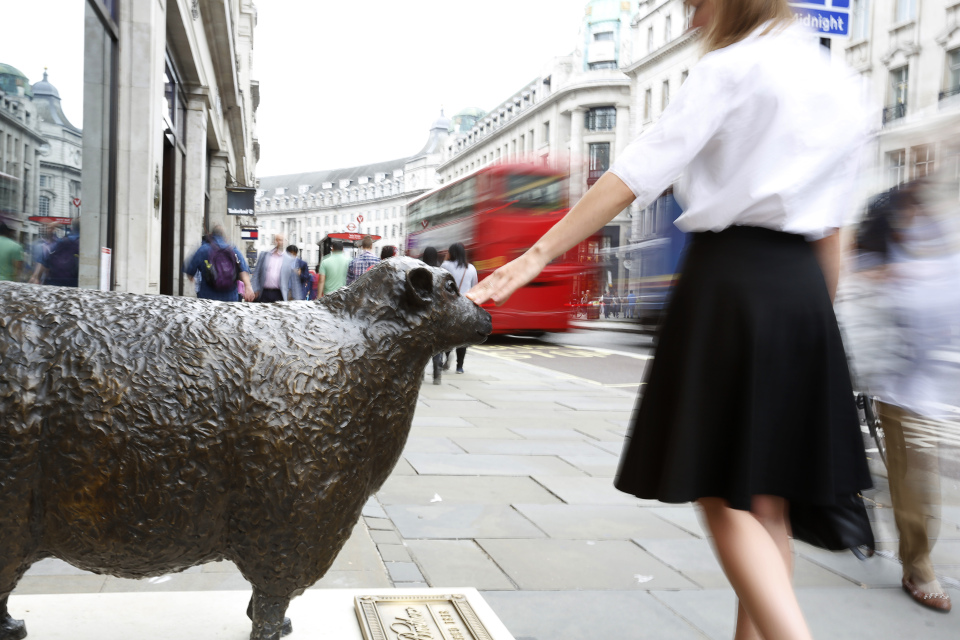 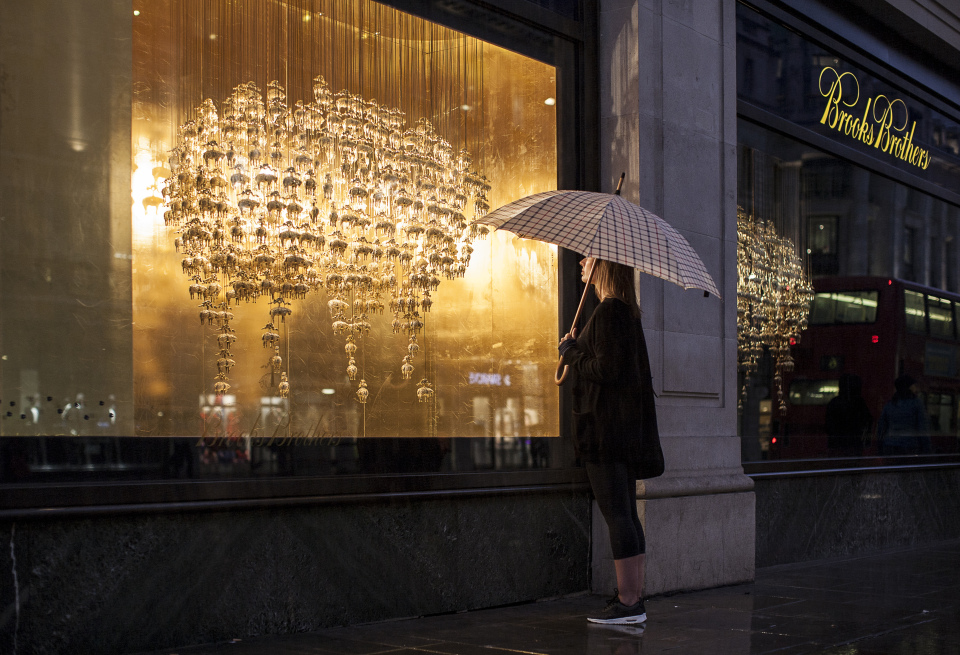 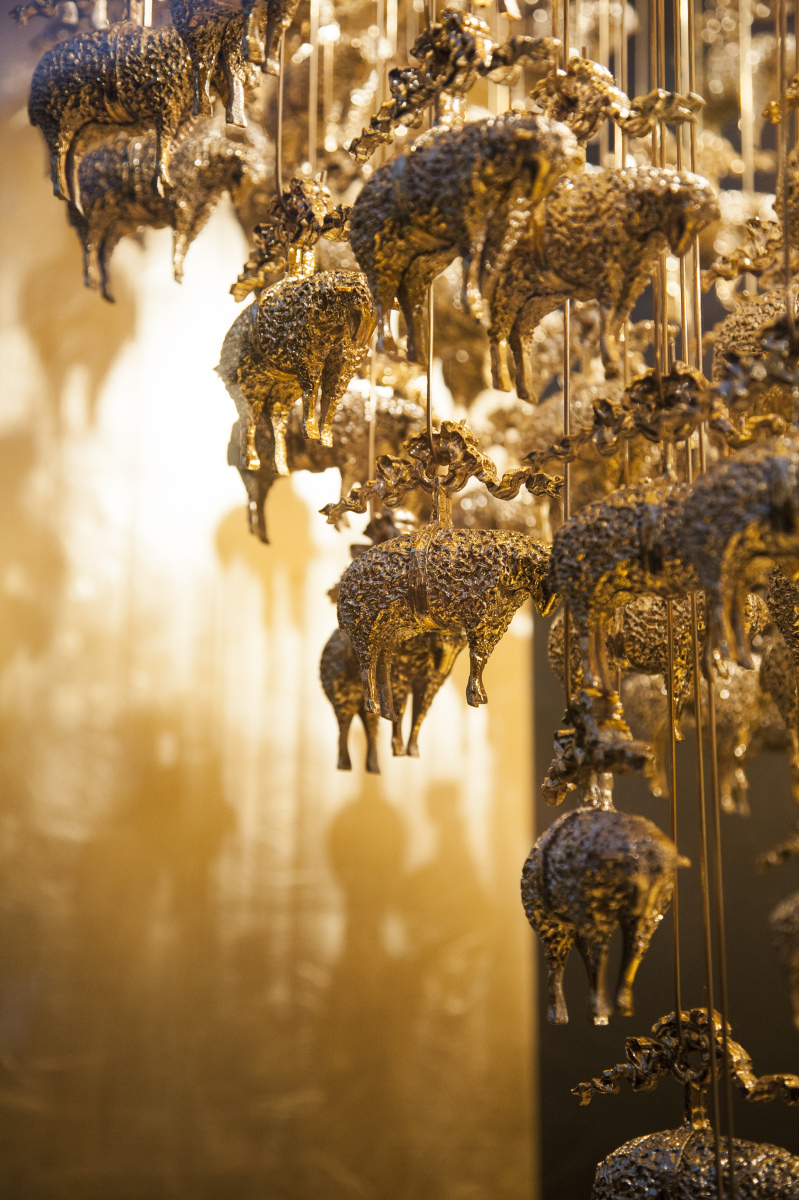 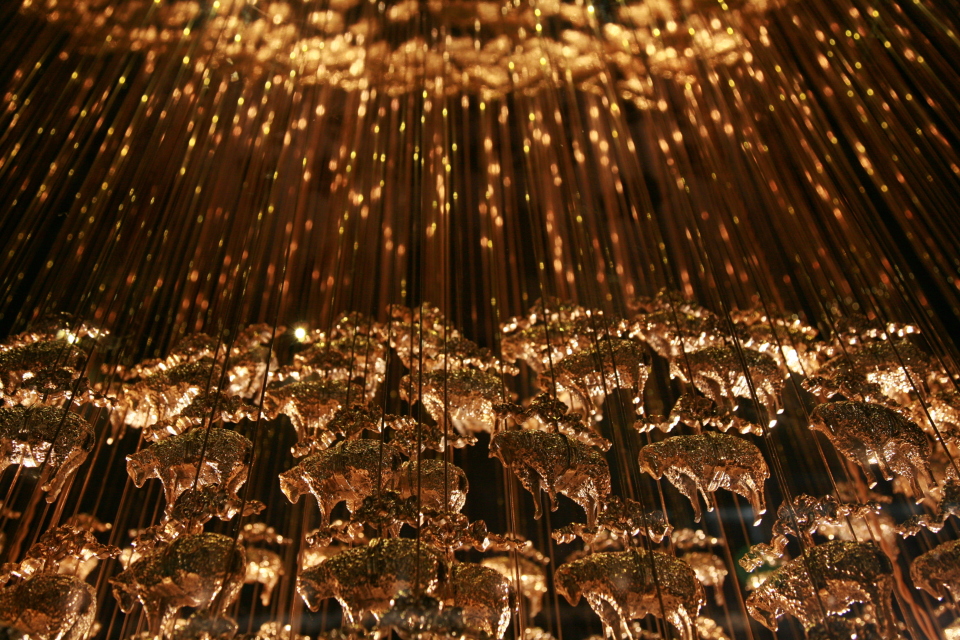 BEHIND THE SCENES PHOTOS 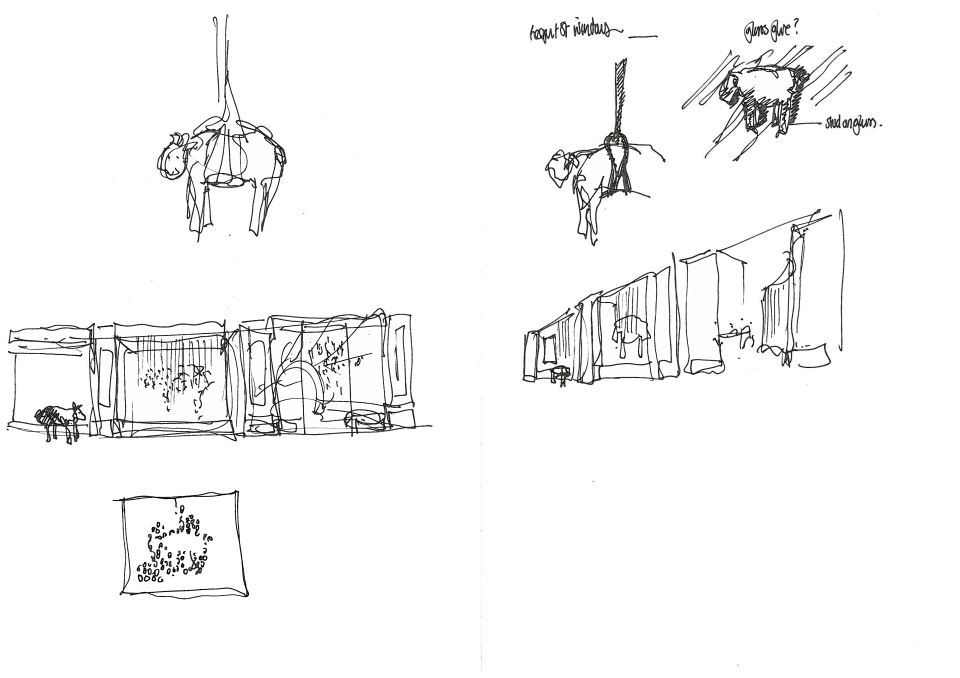 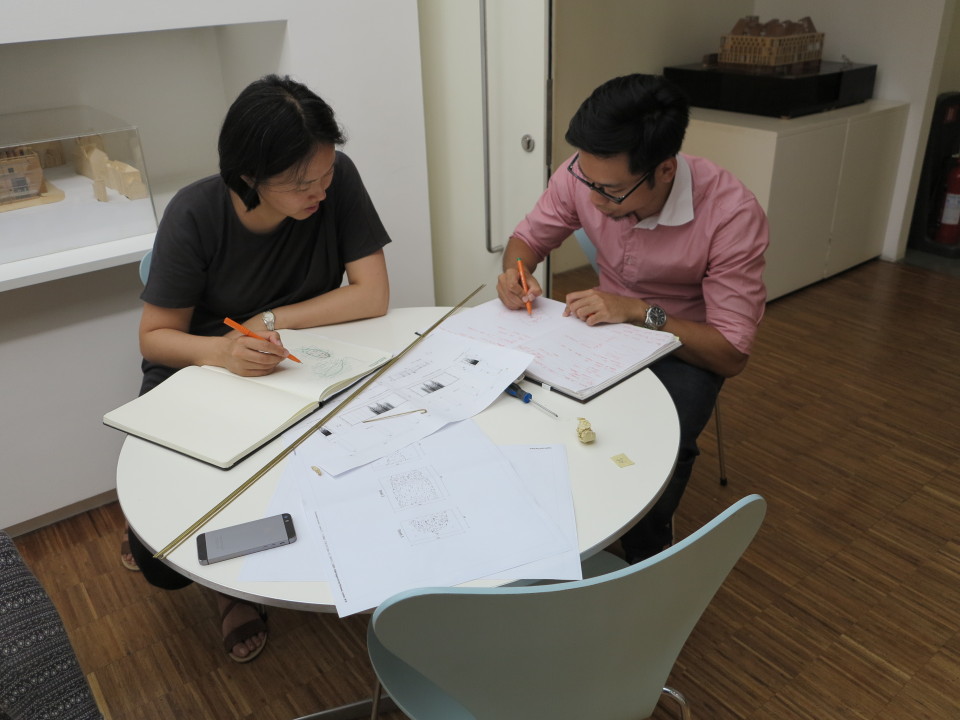 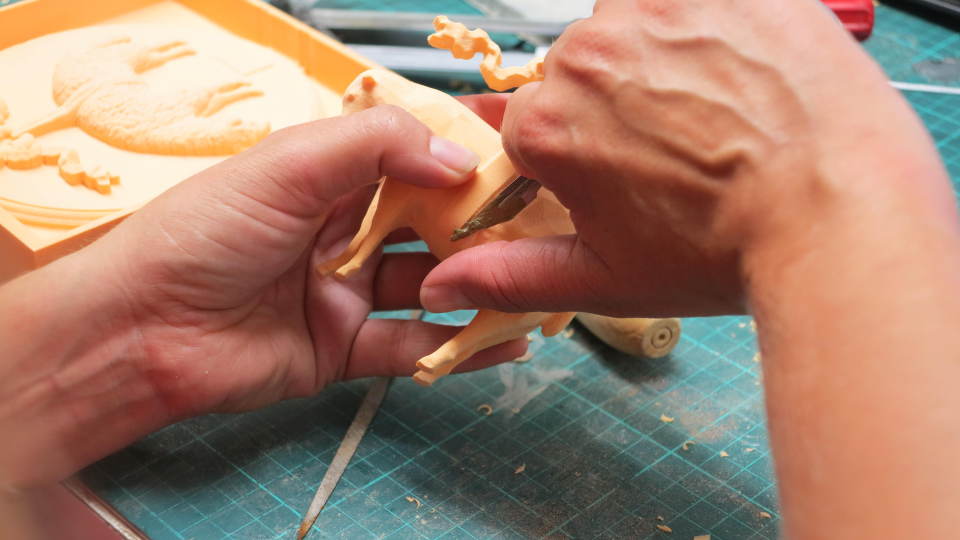 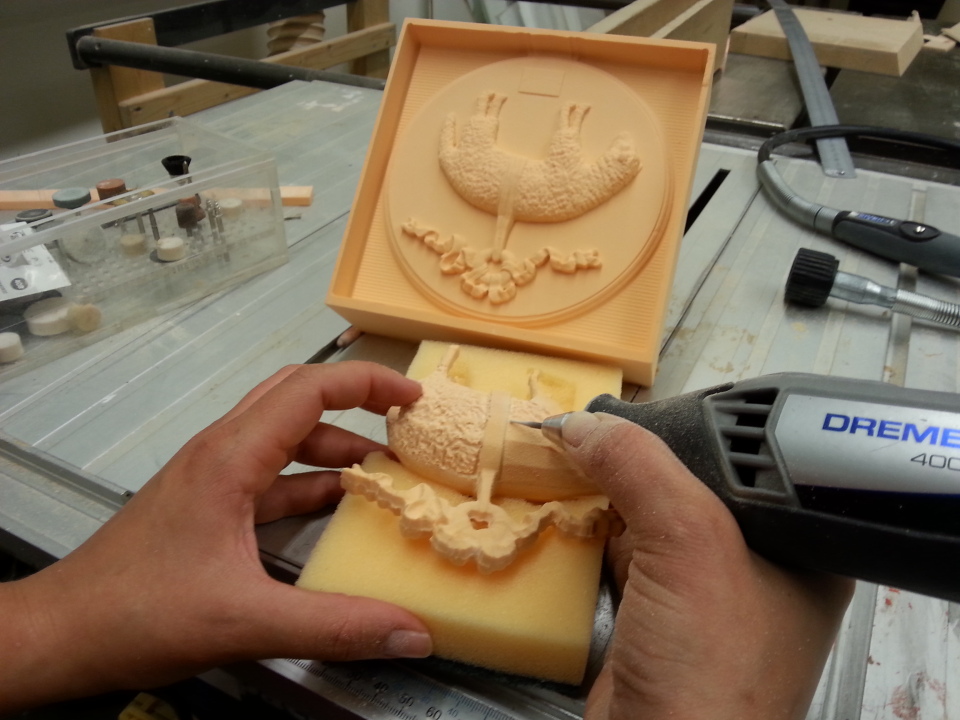 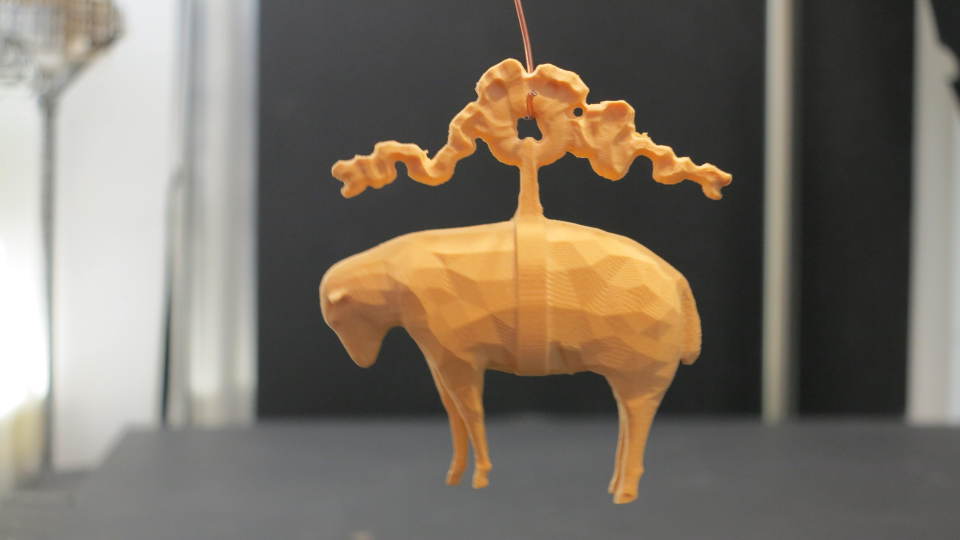 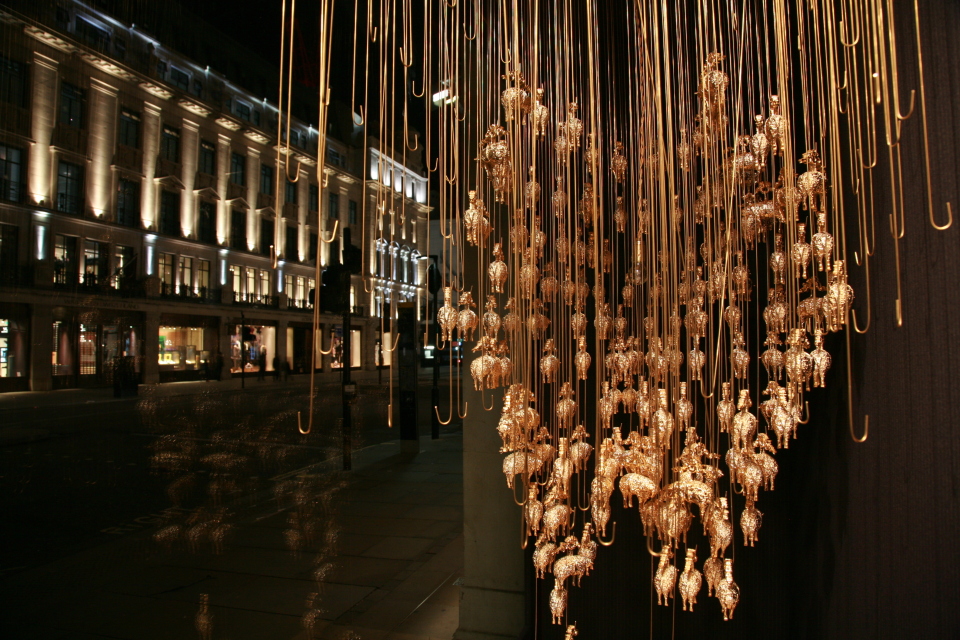 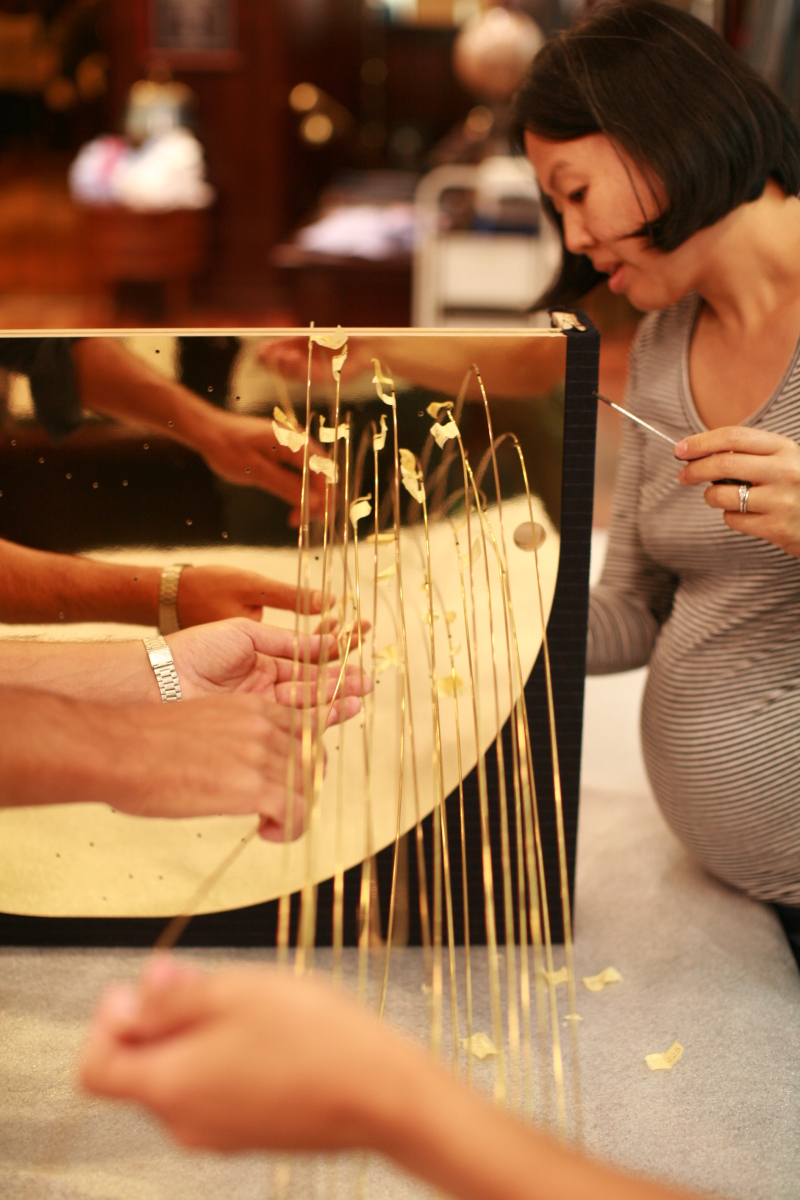 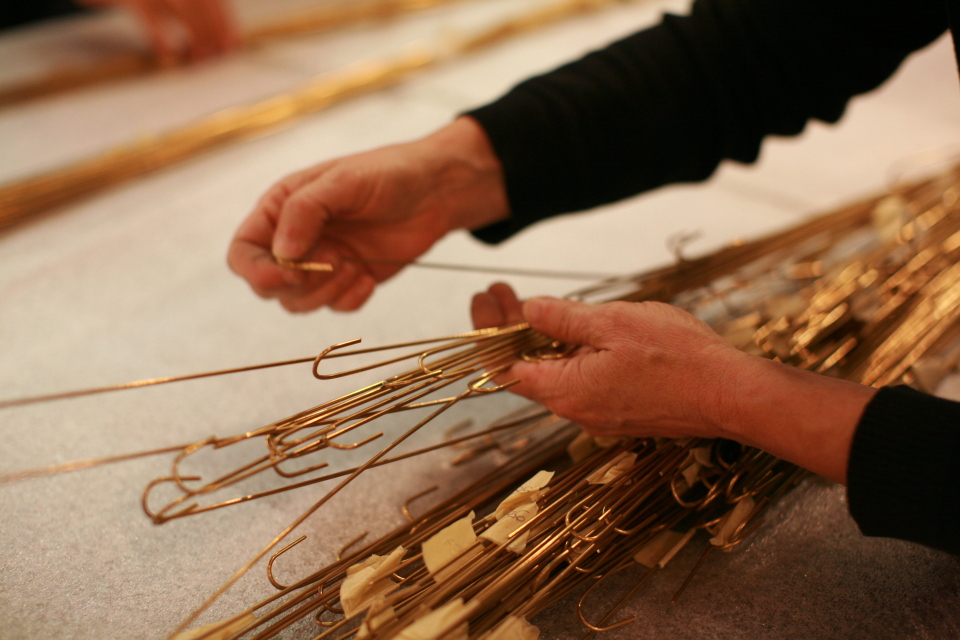 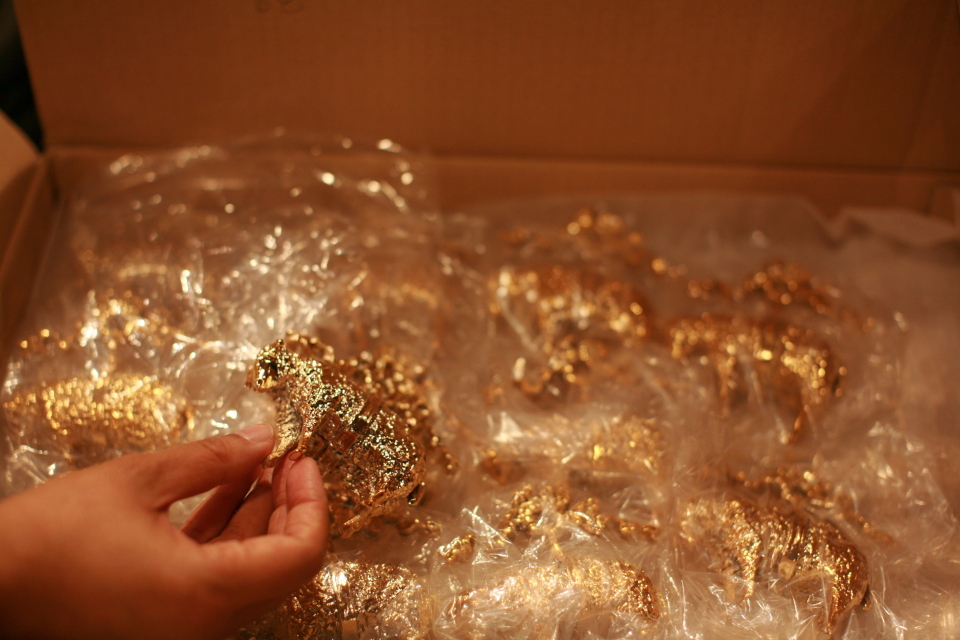 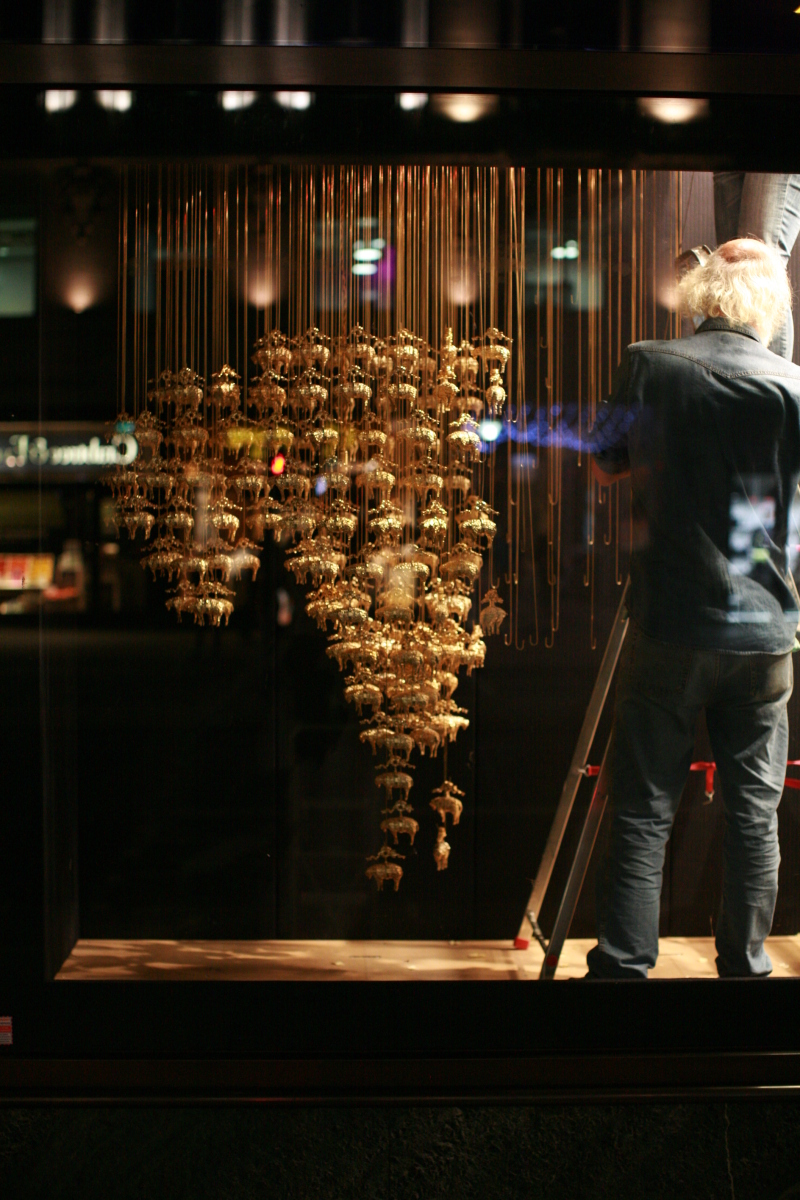 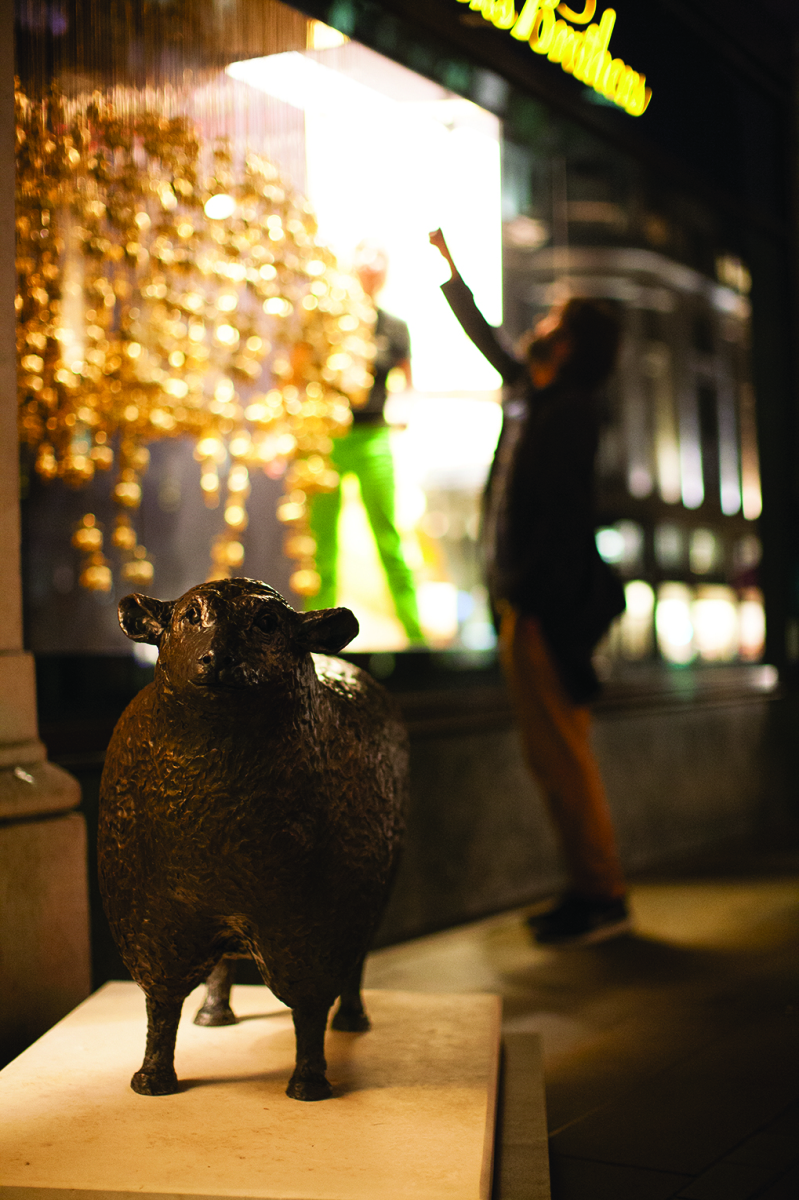 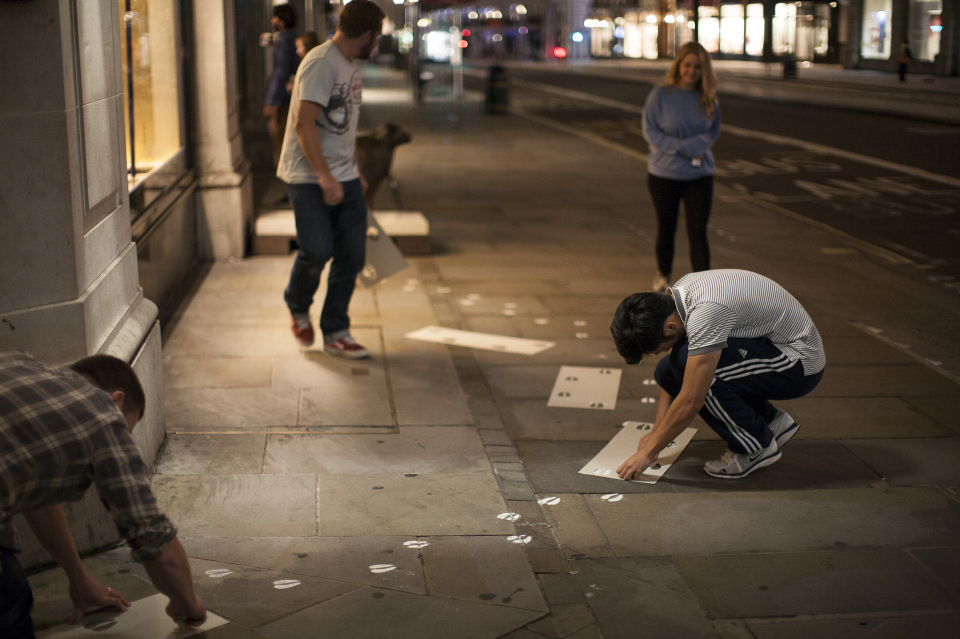 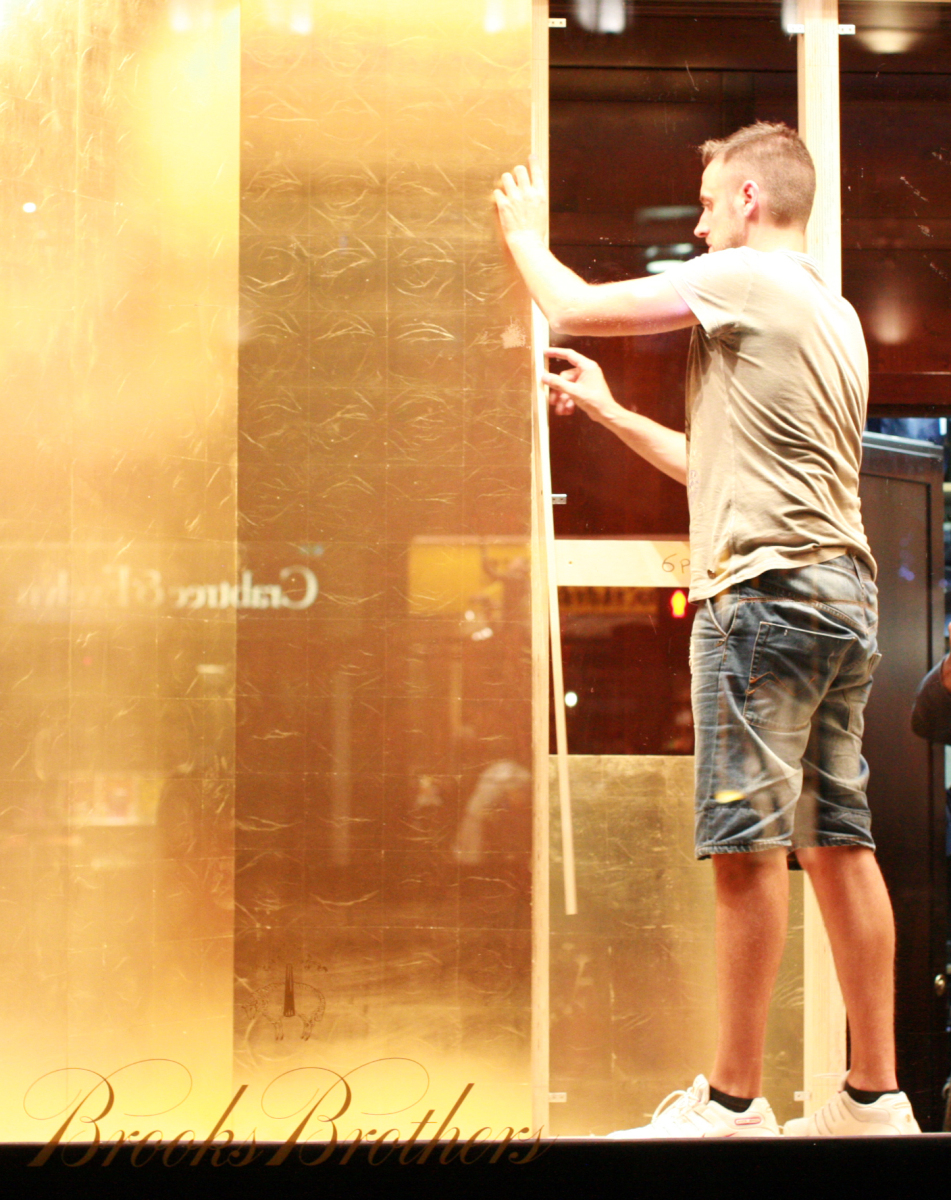 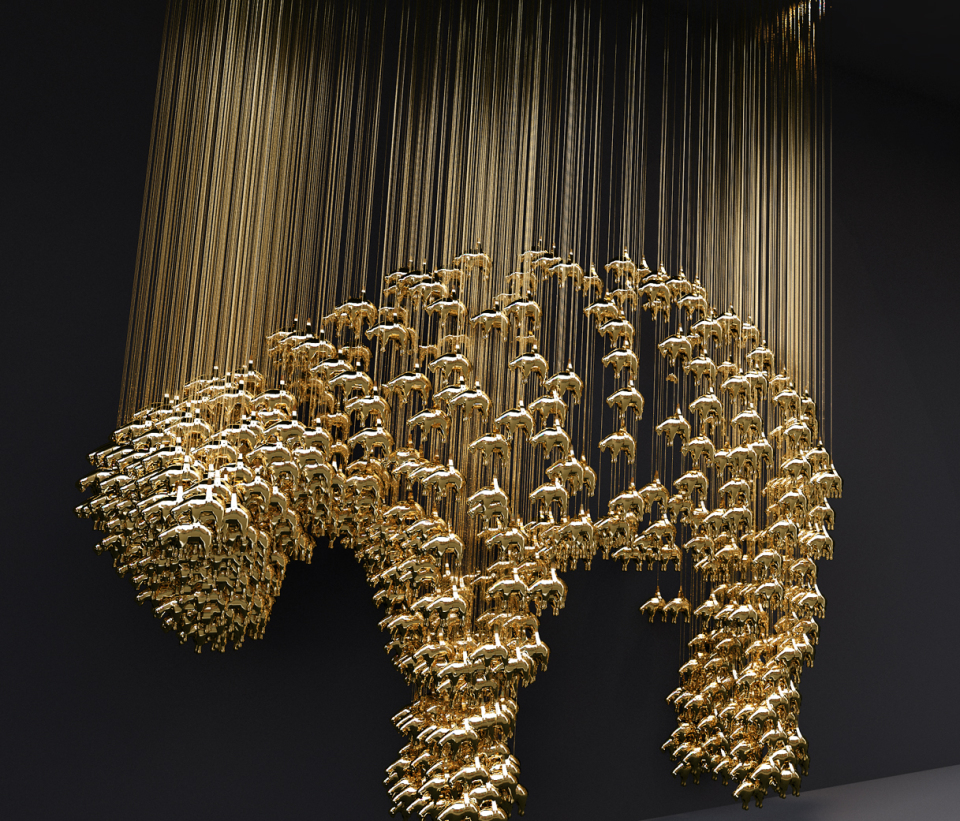 Image courtesy of Squire and Partners